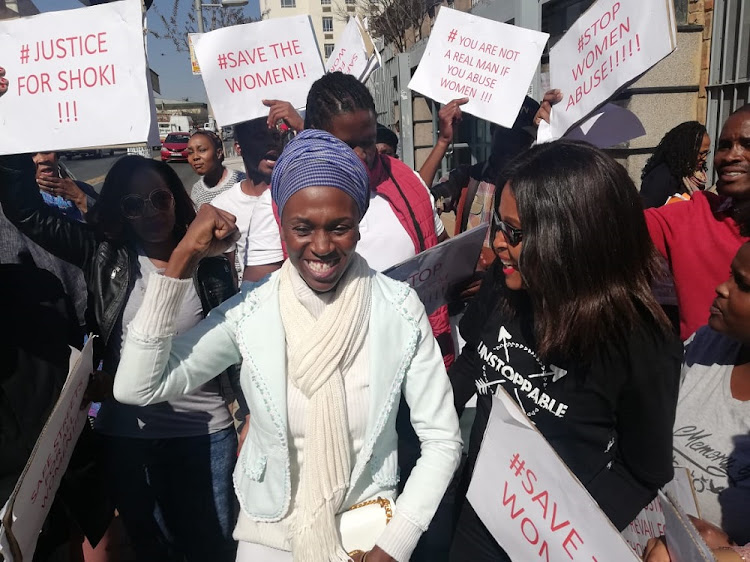 The assault case against actor Sello Sebotsane has been postponed to August 22.

The postponement was to allow for arrangements to be made for a special court sitting where the actor's pre-teen daughter will testify on-camera.

Sebotsane appeared in the Johannesburg Magistrate's Court on Thursday where he stands accused of domestic violence and assault with intent to do grievous bodily harm.

Sebotsane and his Skeem Saam actress wife, Shoki made headlines two years ago when she claimed that he had been physically abusing her during their 10-year marriage.

Addressing the court as a first witness,  social worker Booi Makhubele told the court that the child will not be able to testify in front of a normal courtroom.

"The child is traumatised ... it will be in the best interest of the child to testify in a special court," Makhubele said.

Dressed in a black suit paired with a black shirt, Sello stood tall in the dock with his hands in front of him before the trial started.

A group of protesters who had posters written "Justice for Shoki" and "No to Women Abuse" sang and chanted outside court.

She addressed the group of protestors and members of the media, calling for justice for all victims of abuse.

Star, who opened case against Sello in 2016, finally gets her day in court.
Entertainment
4 years ago
Next Article