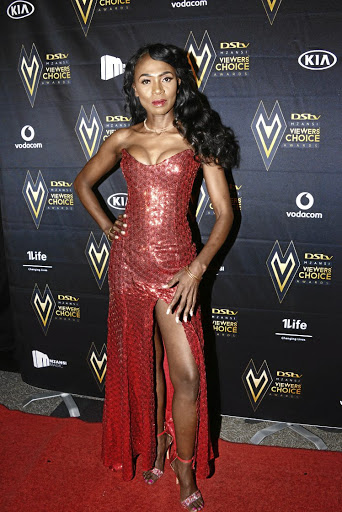 Shoki made headlines two years ago when she claimed that her husband of 10 years had been physically abusing her.

Speaking to Sowetan ahead of her case in the Johannesburg Magistrate's Court, Shoki - who has been rallying support on social media - said she was happy her matter was finally placed on the roll.

The popular actress, who is known for the character of Celia Kunutu on the SABC drama, said she opened a case of domestic violence and assault with intent to cause grievous bodily harm against Sello in 2016.

"I did not even think it would make it into the magistrate's court given how these cases are usually treated.

"Only a year later, did a police officer contact me and tell me the case had been going back and forth and they wanted it to go to court," she said.

"I told him that it's pretty useless as it was a year later and he stressed that the magistrate went through my case and he felt that it was very serious and needed to be handled in court."

Shoki said the matter was postponed last year and was only set for trial last month.

The actress, who has two children with the actor, alleged that she resorted to sleeping with a knife under her bed as a result of constant beatings from her husband.

She has since become a social activist against women abuse and said her court case should be a sign of courage to abused women.

"I go around preaching that it's a matter of a pursuit of justice. The right and the wrong will always run in different directions. what was done to me and to my family and children was wrong and that was my driving force in this whole situation. Quite honestly, this case has become by far beyond just about me.

"I have never been quiet about the abuse that happened in my home. It has been happening throughout my marriage. It is only when I felt that my life was on the line that I said 'no, this cannot be right'.

"So I'm saying, do not wait until your life is on the line. Abuse is abuse and it needs to be nipped in the bud," she said.

Shoki said she was going against the culture of abusers being protected by their victims. She said she has not spoken to or contacted her ex in two years. Sello declined to comment on the matter.

"I would rather not [comment] because I am thinking of my kids and I want the law to take its course," he said.