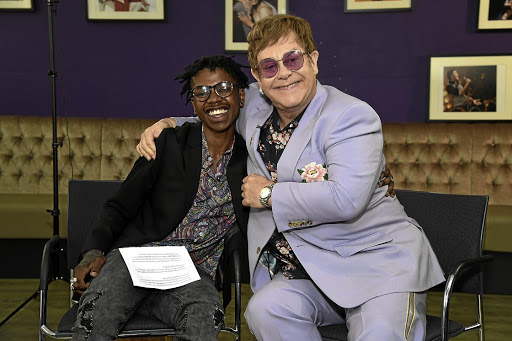 Down South actor Given Stuurman and Sir Elton John.

Stars of the critically-acclaimed local drama MTV Shuga: Down South Given Stuurman and Stephanie Sandows have joined forces with Sir Elton John and Oscar winner Charlize Theron for a new campaign to raise HIV awareness for young people.

The youth advocates rubbed shoulders last week with the megastars in Amsterdam, Netherlands, at the 22nd International Aids Conference.

Stuurman, noted for playing a 15-year-old character struggling to come to terms with his sexuality in the award-winning drama, had an in-depth interview with the openly gay Tiny Dancer singer.

In the video clip, John opens up about coming out in the 1950s and the importance of speaking openly about sex.

Sandows and Theron discussed their hopes for young African women, among other pressing issues.

The new campaign will be deployed in South Africa and Ivory Coast between 2018 and 2020, playing out in three new TV series of MTV Shuga. 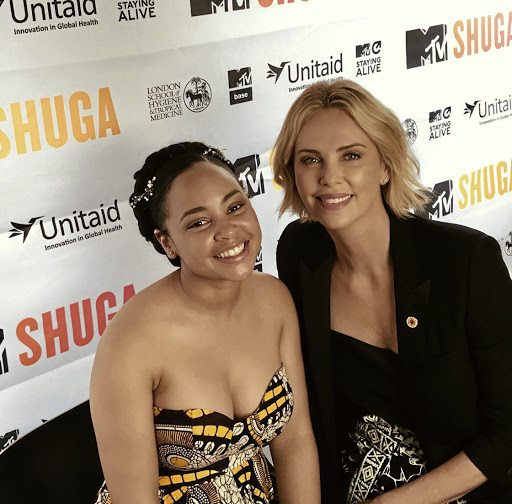 The South African season is scheduled to be broadcast in the first half of 2019, followed by two seasons in Ivory Coast.

"MTV Shuga is a powerful campaign that educates and empowers our youth across a variety of issues that matter to them," Alex Okosi, executive vice-president for Viacom International Media Networks (VIMN) Africa said.

The new campaign is designed to help millions of viewers in French- and English-speaking Africa to protect themselves from HIV and promote sexual health.

Similarly, the campaign will introduce and evaluate storylines on the show that centre around HIV innovation - including HIV self-testing and preventive drugs.

"At VIMN Africa we are proud to have been part of the journey of developing MTV Shuga since its inception, and to continue supporting the campaign across our network as we expand the series."

Event aims to celebrate and encourage women.
Entertainment
3 years ago

Diepsloot pupils get a glimpse into tech world.
Entertainment
3 years ago
Next Article