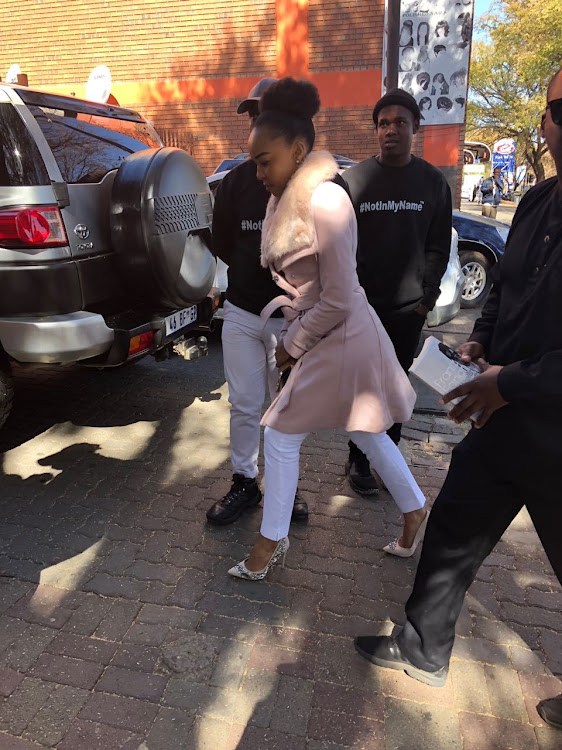 Runaway hitmaker Busisiwe 'Cici' Thwala is expected to know her fate in the assault case brought by her ex-boyfriend and businessman Arthur Mafokate.

The Midrand Magistrates Court is expected to deliver judgment in the assault case by Mafokate today.

Mafokate laid a counter charge of assault against Cici after alleging that she hit him with a coat hanger and a steel chair and bit his arms during a scuffle.

This is after the singer laid charges of assault against him last June, accusing him of injuring her when he dragged her with his car.

Rocking her natural hair in an afro bun, Cici arrived in court earlier wearing a pink coat with a fur collar and a pair of white pants. She was surrounded by family members and representatives from the #Notinmyname campaign.

Court to rule on Arthur Mafokate vs Cici case

The Midrand Magistrate's Court will tomorrow deliver judgment on the assault case.
News
3 years ago
Next Article