'Vusi Nova brought me to Ghetto Ruff, but he doesn't own me' - Nathi 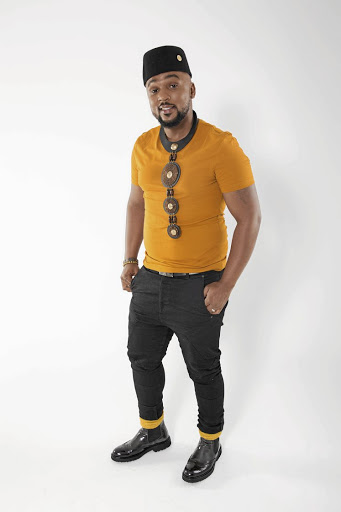 Nathi Mankayi has a spring in his step. The proverbial twinkle in his eye is also unmissable.

He extends a confident, firm handshake as we meet at the Gallo Records boardroom in Parktown, Johannesburg.

The notoriously timid and shy singer looks like he had a sip of something strong to help him loosen up, but instead he tells me that he has unburdened.

"I'm in a good space. When you tell people your story, I believe it should have a happy ending. I've moved from a place of hurt and disappointment and I'm showing my other side."

It's a few hours before he launches his third album Iphupha Labantu (People's Dream), and in-between rehearsals and final touch-ups, he spares a moment for the interview. His manager China Mpololo by his side, Nathi has a renewed vigour and energy about him.

Even the 10-track CD has a groove about it. It's light and fun, rooted in jazz with some gospel undertones.

We chat about the first single Qeqe which is essentially a love song, yet it is playful and flirty. Then there is the lively Uzozibonela which whipped me up in a singalong frenzy.

Ndim Lo, the opening track is a touching and honest confession while Ukuthanda Kwakho is about leaving it all in God's hands.

While he has always sung about love, and daddy issues, Nathi shows his fun side a bit more and that's because he is secure in his marriage and is a father to a one-year-old girl.

"Married life is good. We want to make music together," he says of his wife Mpho, who is originally from Kimberley.

Mpololo interjects to confirm they will release a love-soaked duet in time for Valentine's Day next year.

The release also includes Impilo, a duet he recorded with his sister Amanda.

Part of his unburdening has been cutting ties with Ghetto Ruff, the music label that launched his career with the smash hit Nomvula.

It was an acrimonious break-up that he avoided talking about, until now.

"I felt that there was no more for me to do at Ghetto Ruff. I wasn't going to grow past where I was. I needed to get out."

He tells of broken promises, such a Brothers of Soul album that was scheduled to be released featuring himself and Vusi Nova.

"I went to Ghetto Ruff knowing that it killed the careers of Zola, Ishmael and Bongani Fassie, that's why I didn't fall. Vusi helped me and brought me to Ghetto Ruff, but he doesn't own me.

"I didn't socialise with them and kept things purely business. You can't leave them easily because you owe them a lot of money."

In response, Stehr said they wished Nathi well with his latest CD. "We did as much as we could for him when he released his album, and the impression was that he was leaving to set up his own label.

"As for killing careers of other people, we have just released Ishmael's new single, and as we know in this industry, everyone has their own journey."

Living up to the name of the album, Nathi says they want to help revive the dreams of others through his company, Mankayi Media, with talent searches to unearth raw talent.

He plans to launch Mankayi Foundation on December 23 to coincide with his birthday in Mthatha, Eastern Cape.

He also has a hectic touring schedule which will take him to places such as East London, George and Queenstown to launch the CD and meet fans.