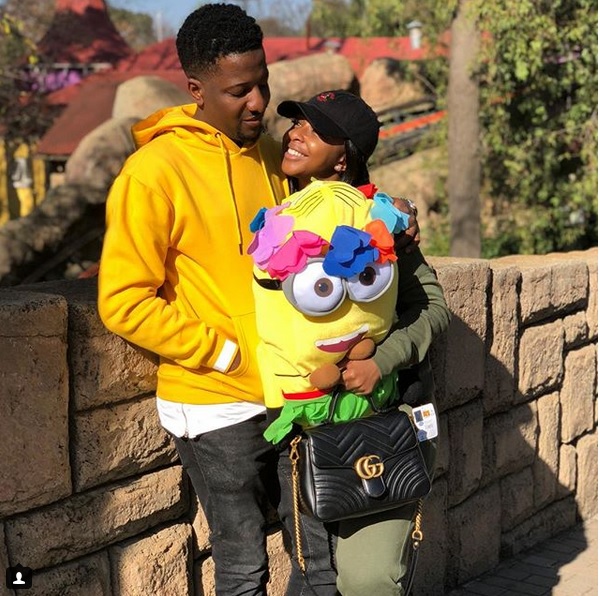 The curvaceous vixen has allegedly been keeping warm this winter in the arms of Nigerian-born and South African-based music video director Stanley Obiamalu S - well known as Director SOS.

A close friend of the couple tells Sowetan they have been trying to keep their romance hush-hush but have been together for almost a year. The source added that they were introduced by a mutual friend at Harem nightclub in Rosebank, northern Johannesburg.

"They have been together for a while, he even pays her rent," the source said.

"He was introduced to Boity by one of his friends from the club and the whole squad knows they are an item.

"He prefers that they keep it low-key. I haven't seen a picture of them on social media together besides the Gold Reef City ones she posted and later deleted. Closest thing you will get to a picture is seeing Boity take pictures in his apartment."

Another insider said the couple have been heating up the Joburg nightlife scene, often spotted at nightclubs.

Yet another said lately they have been dropping hints on social media, often leaving lovey-dovey comments on each other's Instagram posts.

Ladies, would you get married in pants?
Entertainment
3 years ago

"Looking yummy," Thulo wrote on his mirror selfie five days ago, he replied, "thanks bby".

In an interview with Nigerian newspaper Tribune last week, when Obiamalu was asked who his celebrity crush is, he replied: "There is none currently but I can say that I really do admire Boity."

When Sowetan contacted Obiamalu yesterday he stalled: "I don't know what to say. Where did you hear that from? Maybe you are right, that's all I can say."

Thulo was called several times but didn't respond. She famously dated local rapper Cassper Nyovest and is not the only one to have had a much-publicised relationship. Obiamalu's romance with Kenyan songbird Victoria Kimani also grabbed headlines.

AKA: I sacrificed everything for love

AKA has once again opened up about his relationship with his ex Bonang Matheba.
Lifestyle
3 years ago
Next Article