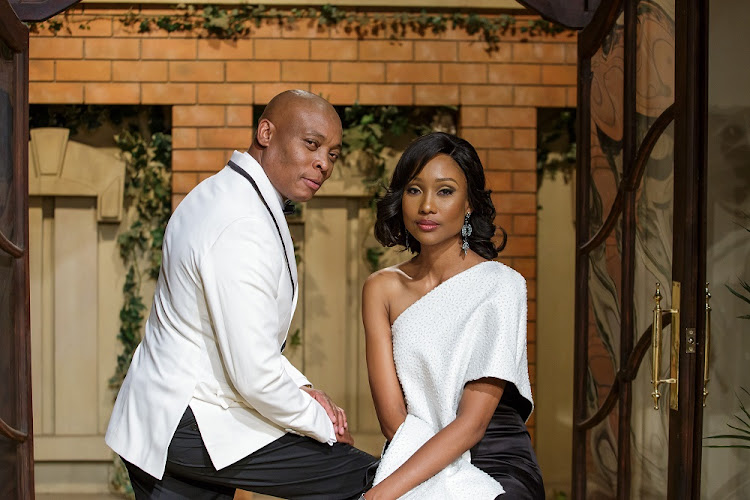 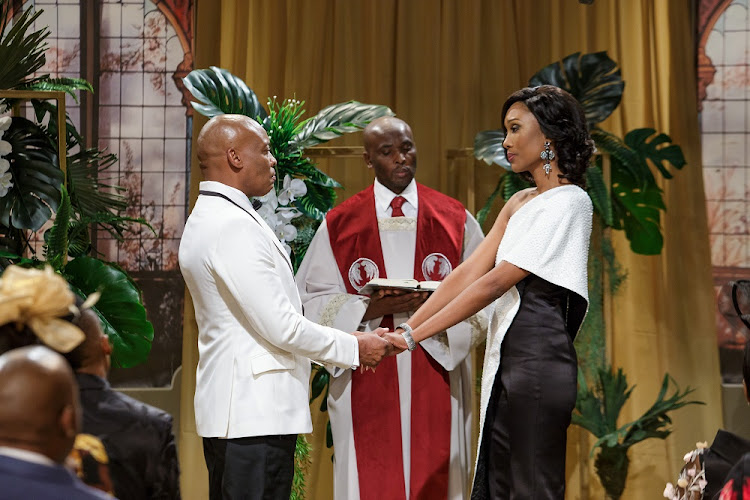 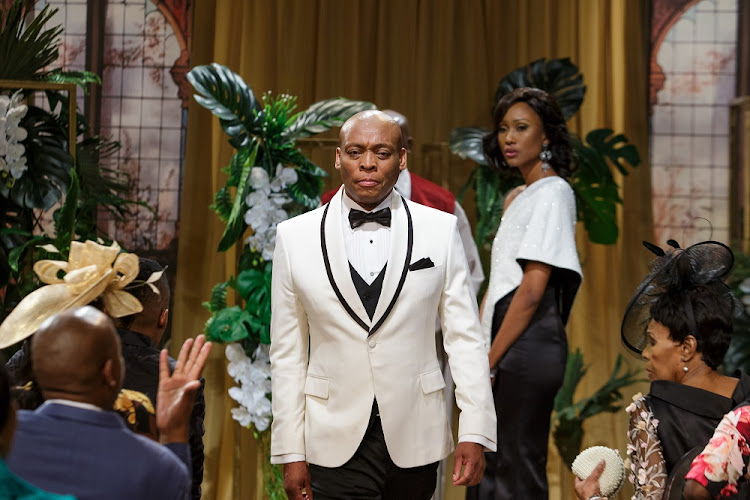 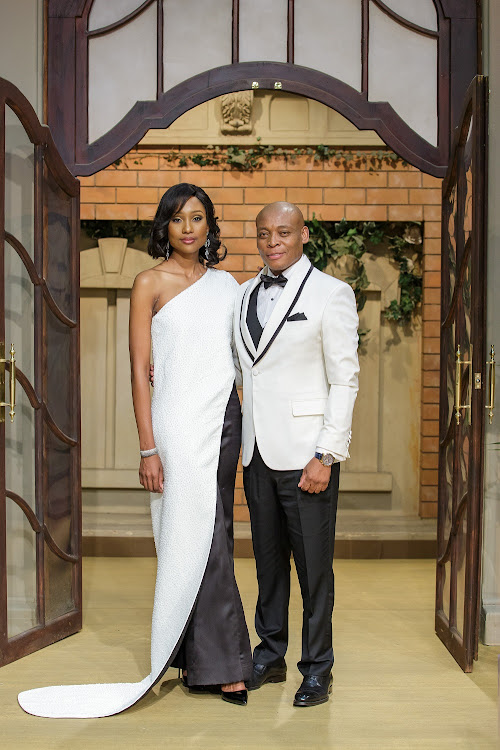 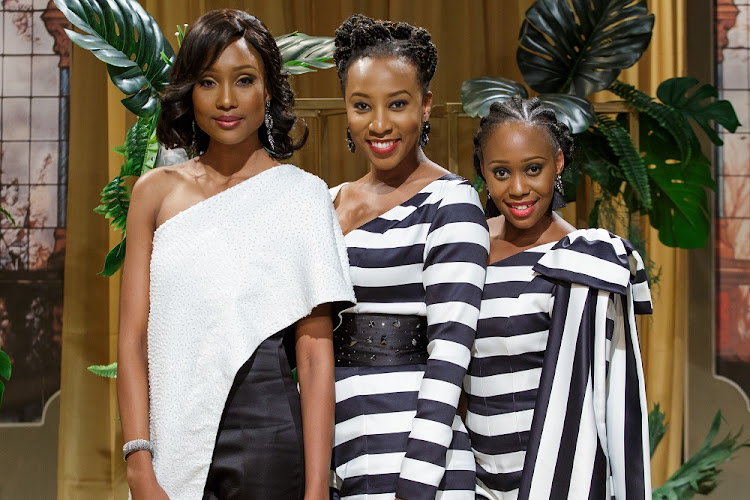 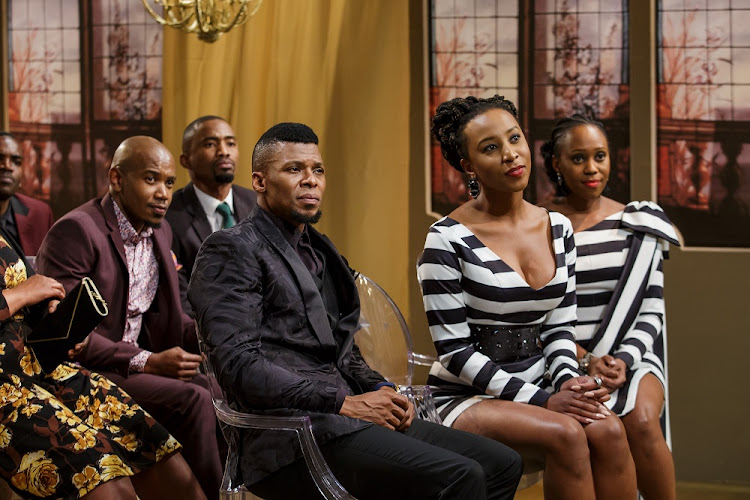 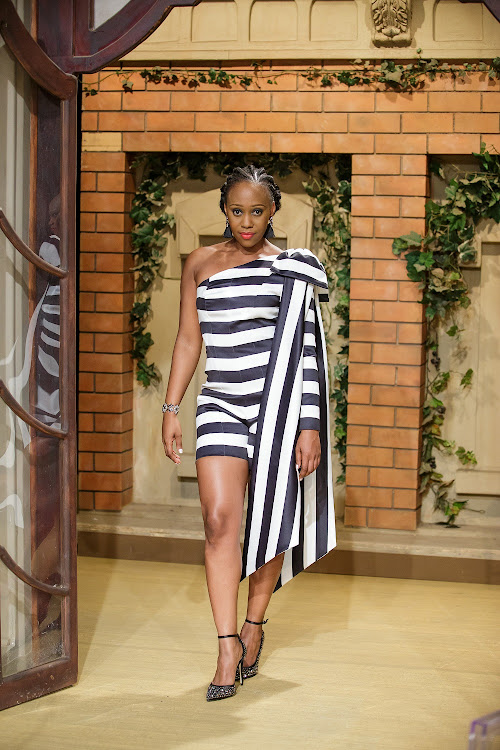 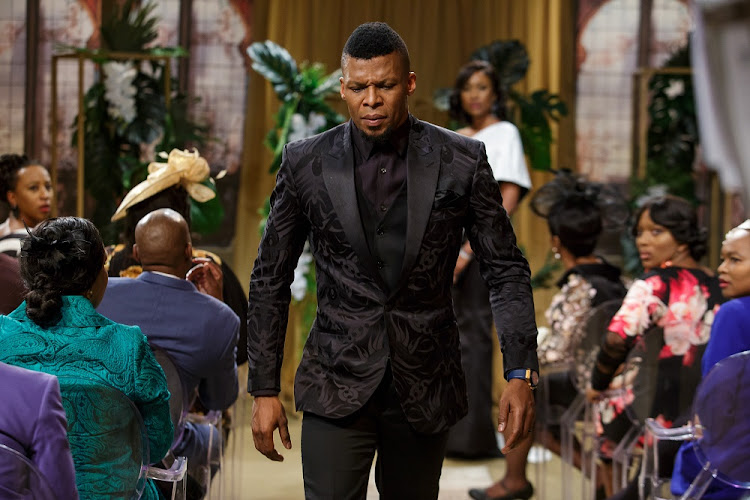 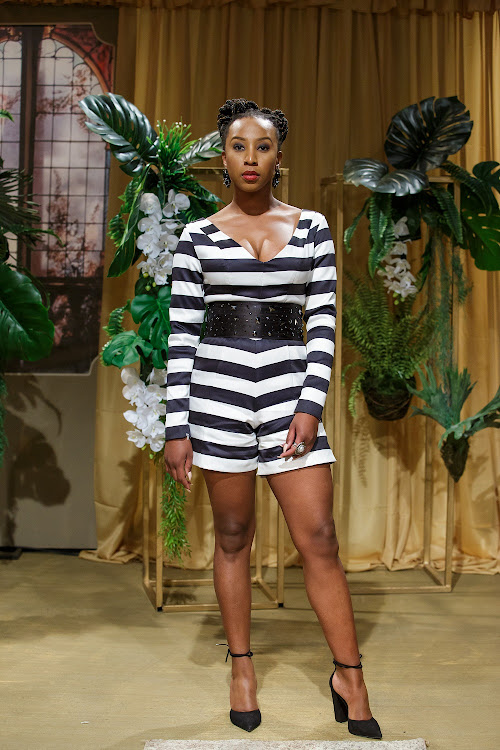 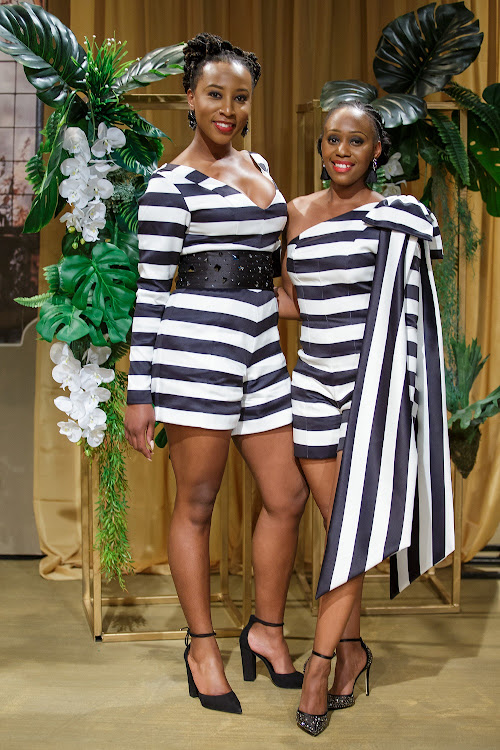 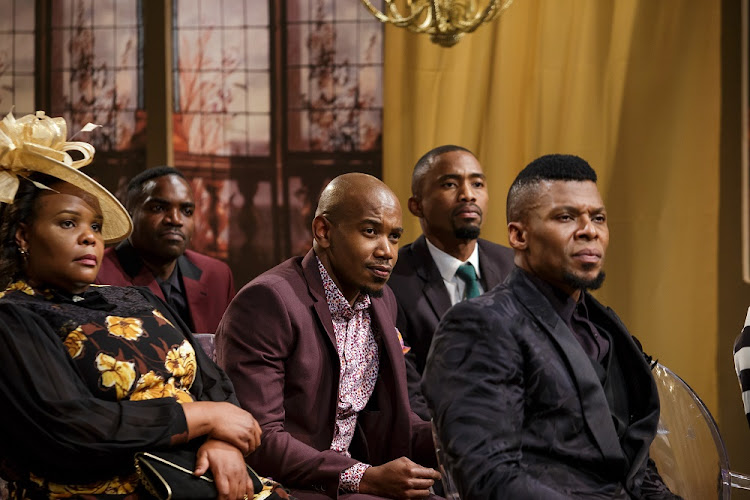 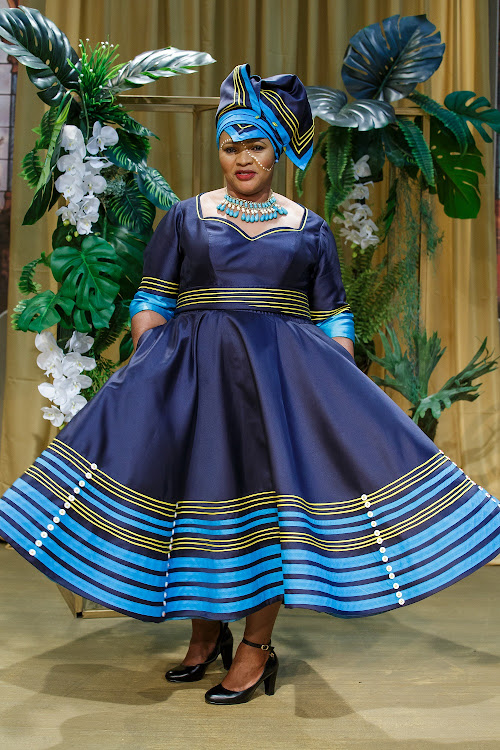 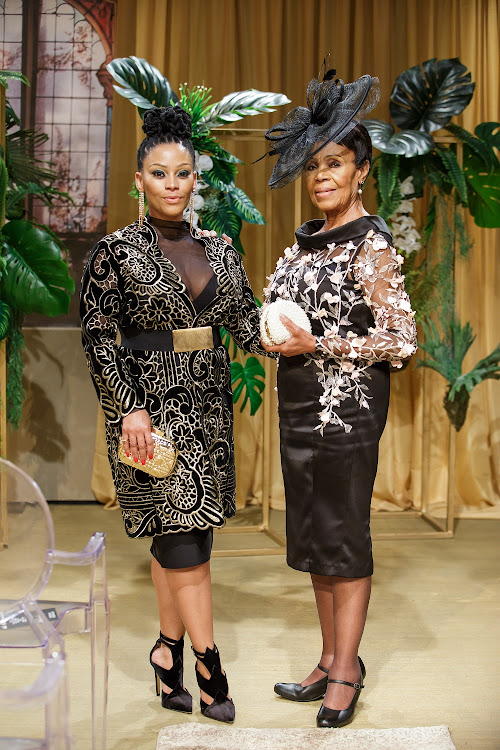 Ladies, would you get married in pants? To all the modern brides-to-be, think twice before you answer that because tonight's episode of Generations: The Legacy promises to shake up and reinvent bridal wear as you know it.

After a tumultuous love affair that has been heating up TV screens every night on SABC 1 at 8pm, Zitha (Zoe Mthiyane) and Tau (Rapulana Seiphemo) will say "I do".

It is seemingly a case of art imitating life as in real-life Mthiyane and Seiphemo have been romantically linked.

The blushing bride wants to keep it simple and cool; thus she opts for a non-traditional, edgy and menswear-inspired look - as opposed to the traditional and ladylike silhouette. The statuesque beauty dons an off-the shoulder beaded black and white jumpsuit, with a dramatic beaded asymmetrical cape effect.

The show's in-house wardrobe department, headed by Natalie Lundon, thought very careful when they made the look. "My starting point with design direction is always with the script and therefore the character's personality is a huge consideration," Lundon explains.

"Zitha is an engineer in the show and a woman making in-roads in a predominantly male-dominated industry. She is a powerhouse and therefore wears mostly power suits and tailored garments.

"I chose black and off-white, as we never use pure white in television."

As for the groom, he is no rule-breaker looking dapper in a white tuxedo jacket.

"The jumpsuit trend inspired my choice to design short suits. We printed our own monochromatic stripe fabric to create a bold contrast.

"To give a bit of edginess to the design concept, this was also emphasised with the oversized bow on Sphe's jumper," Lundon shares.

In recent years, we have seen more brides in the public eye opting to go fashion-forward with their wedding sartorial.

But clearly Meghan Markle missed the memo in May during her royal wedding in her demure Givenchy gown. When music goddess Solange Knowles married Alan Ferguson in 2014, she eschewed tradition and rocked an ivory Stéphane Rolland jumpsuit.

Meanwhile, the wedding itself will not be short of drama as opponents square off (at the) altar side.

For starters, it's no secret that Tau's mother Zondiwe (Abigail Kubeka) and sister Tshidi (Letoya Makhene) have never liked Zitha. So they rock up at the wedding dressed in their funeral bests - moody black and dramatic head-gears. Talk about a mother-in-law from hell.

But will the wedding even happen? Zitha has been keeping some dark secrets from Tau; and the groomsman Gaddafi (Vuyo Dabula) threatens to blow everything into the open.