Young rappers believe they have what it takes 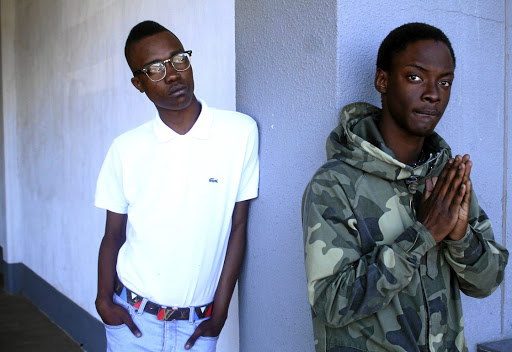 With popular genres like hip-hop, there's always someone waiting in the wings to break through.

Some young musicians have a good chance, while others might not survive the heat.

But aspiring rappers Illusion and Frankie believe they have what it takes.

The musos, who are both 19, have released their debut album Believe.

They have blended various styles such as gqom, hip-hop, kwaito and ragga.

Ramanyoga says: "Composing is not an issue. We can drop a bar on any beat. That's how versatile we are.

"We know we are still new in the game, but our plan is to represent our hood, Lotus Gardens. We will work hard to make sure it is on the map like other townships."

On their album they have featured the seasoned musician Bongo Riot, and kwaito singer Junior Mafia.

Nasty C asked y'all to help him with his new music video & it went cray!

Fans heeded the call in their numbers and filled Twitter with hundreds of videos.
Lifestyle
3 years ago

"Featuring Riot has raised our profile. I mean . you can never go wrong with Bongo Riot. His voice is just dope," Ramapuputla says.

Ramanyoga adds: "We also featured Junior Mafia who comes from a background of kwatio. He added that kwaito and Caribbean flavour into our sound. Working with these two musicians gave the album some weight."

Though the duo is still learning the ropes, they managed to get some things right, like content, flow and delivery.

They wrote the songs, while the music was arranged by Patino Sota. They rap about life in general, love, women and money.

Ramapuputla is studying engineering at Denver Technical College, while Ramanyoga is in Grade 11 at Lotus Gardens High School.

Ramanyoga says they started freestyling at school, then the passion grew. "It was only this year that we decided to record our music."

The reincarnation of Zulu Mkhathini

The artist formerly known as simply Dash from hip-hop trio Dreamteam is going through a rebirth.
Entertainment
4 years ago
Next Article