Play about rape pulls in the crowds 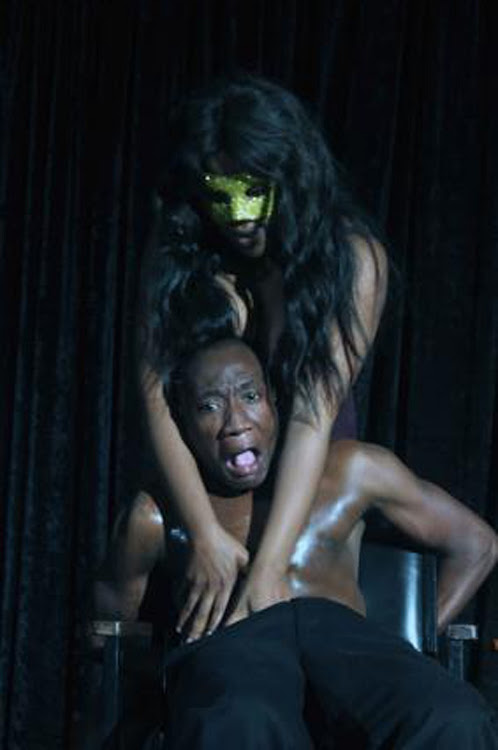 ‘My Vagina Is Angry’ addresses issues of rape and abuse.
Image: Supplied

The stage play, My Vagina Is Angry, was a highlight of this year’s National Arts Festival in Grahamstown, Eastern Cape, which started on June 28 and ended on Sunday.

The play from Tembisa on the East Rand managed to pack the theatre in a year when attendance was bad and everything about it was just controversial, including where it was performed, a space called Dicks inside the Monument

It might have been the production’s curious title that drew in the crowds or the possibility of explicit scenes on stage, but Tebogo Maboya, the play’s producer, said they explored rape and sexual intercourse in a different way, without using nudity.

On Friday night theatre lovers were turned away at the door because the venue was overbooked.

My Vagina is Angry is the story of a female sexual organ that seeks freedom and liberation in a men’s world.

The main character, Ntombizodwa Gumede (played by Pfarelo Mutheiwana), is raped and becomes a prostitute.

She later blames her vagina for controlling and misleading her. She keeps hearing voices because the organ is angry.

Uncle said it was just a little game we played

Author tells of pain of violation as 5-year-old.
News
2 years ago

The audience was thrown a curve ball in that the role of the speaking organ was played by a gay man.

“I used a male character because they are the cause of many problems experienced by women,” Maboya said.

However, the storyline was all over the place and it left the audience confused. Guests had the concept of Vagina Monologues in their minds, but Maboya said he had staged the show not to explain or educate people but to force them to ask themselves questions.

Maboya said he started developing the concept of the play last year and that it did not tackle women’s issues only but mental illness as well.

Presented by Arts Fusion, the production poses the question: What if the very thing that gave life took control of it and pushed you to the edge?

“I knew that people will see the show differently. We wanted everything to be a surprise, from the poster to the performance,” Maboya explained.

“My Vagina Is Angry is an abstract revelation of the internal conflict that went on in Ntombizodwa’s life as her vagina possessed her and obligated her to take her two lovers captive.”

Victim recalls her life of suffering.
News
2 years ago
Next Article