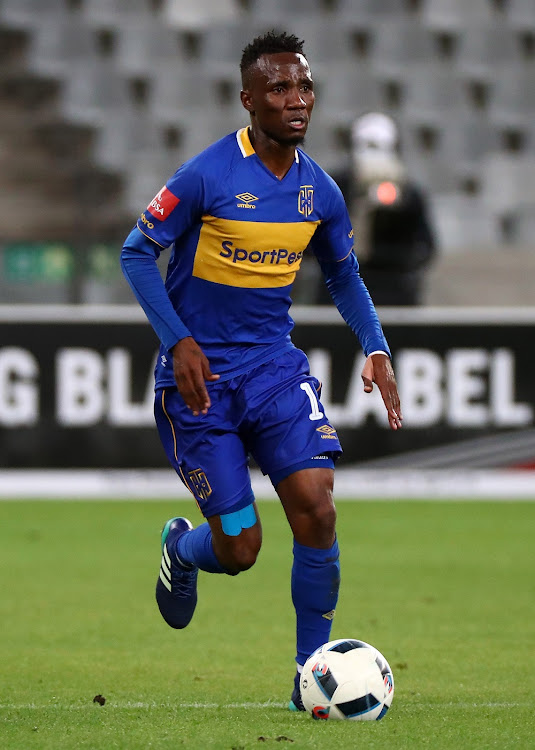 Bafana Bafana star Teko Modise is in trouble with the taxman.

The South African Revenue Service (SARS) said on Monday that the Cape Town City midfielder was on the list of delinquent taxpayers‚ along with a funeral parlour owner and an air-conditioning company boss.

“It is him‚ but what I am saying is there is only one Teko Modise‚ there is no other Teko Modise‚” his agent Jazzman Mahlakgane confirmed.

A shocked Mahlakgane added: “I have never in my history of living seen that you name somebody on the website that you owe Sars.”

SARS named and shamed these taxpayers who were convicted and fined after failing since April to submit outstanding tax returns.

SARS named the 10 offenders in a statement on Monday.

“Fines ranging from R2 000 to R20 000‚ as well as admission of guilt fines‚ have been handed down by the courts‚” SARS confirmed.

Mahlakgane referred SowetanLIVE to Modise’s legal representative Arthur Dlamini. Attempts to get comment were unsuccessful at the publication‚ and this story will be updated when that comment is obtained.

SARS announced in April that it was embarking on an initiative with the National Prosecuting Authority (NPA) to enforce compliance by prosecuting taxpayers who have failed to submit their tax or VAT returns. The announcement came after ongoing communication with the relevant taxpayers did not yield the required results.

“The taxpayers who have been convicted now have a criminal record‚ as it is a criminal offence not to submit a tax return within the prescribed time for any of the tax types a taxpayer is registered for in terms of the Tax Administration Act‚” said SARS.

SARS said the NPA had‚ since April‚ issued 35 summonses to taxpayers and VAT vendors to face criminal charges relating to their failure to submit returns. To date‚ 10 of those cases have been finalised.

Additional cases have been handed over to the police for investigation.

“The courts have issued three warrants of arrest to taxpayers who failed to appear in court after being summoned to face criminal charges for non-submission of tax returns.”

Creditor gets court order to reclaim 3-series.
News
3 years ago
Next Article