Sjava does it his own way 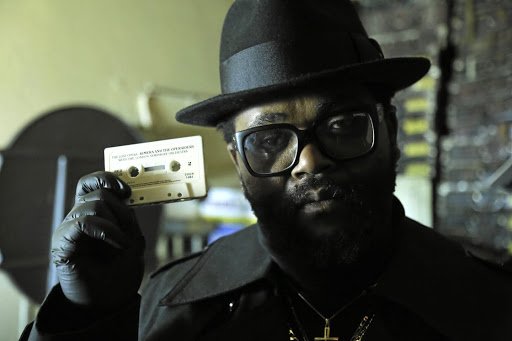 Sjava is working on a one-man tour to celebrate his win.

It has been weeks of celebrations for Sjava.

He hit a career crescendo when he lifted the coveted BET viewers' choice best international act hosted in Los Angeles.

The music talent, whose real name is Jabulani Hadebe, had the red carpet rolled out for his welcome when he landed at OR Tambo International Airport by local fans and celebrities dressed in SA traditional attire in his honour.

I finally manage to track down this hot property, stealing time between his studio commitments.

"I look at it as not an individual thing, it's not my achievement but for the whole country and the village I come from," he says. "It's going to change the way people view themselves in terms of dreams coming true, especially for those who think it's impossible to succeed by being themselves and doing it in their own culture and language.

"People want to be fake and try to be American in order to make it internationally and I'm glad I got to show people that we follow our own things and our talent breeds culture."

Hadebe, who wore Zulu regalia to the BET red carpet, was well received and made a cultural point when he delivered his acceptance speech in Zulu.

He now joins the ranks of powerhouse DJ Black Coffee, who was the only South African to win a BET trophy until now.

The milestone is reached in the same year that Sjava was hand-picked by Kendrick Lamar to be part of the Black Panther soundtrack, which has already gone platinum

"If you can remember when I wore my outfit at the Samas I was a joke and everyone was laughing at me which is sad because outside people appreciated it more than my own country. Now things are happening, including Black Panther because of my music, sound, style and how I appreciate my culture. They appreciate what I do that side because I'm not bringing something they already have."

The star may be grateful to his international success but believes we need to do more as South Africans to celebrate our own. "I just hope we will learn to appreciate ourselves more because it's like we are always waiting for Americans to validate us before we wake up."

With fans waiting in anticipation for his album to drop, he plans to treat them to a four song EP called Umphako.