Funny Isithembiso actress Farieda Metsileng doesn't regard herself a comedian 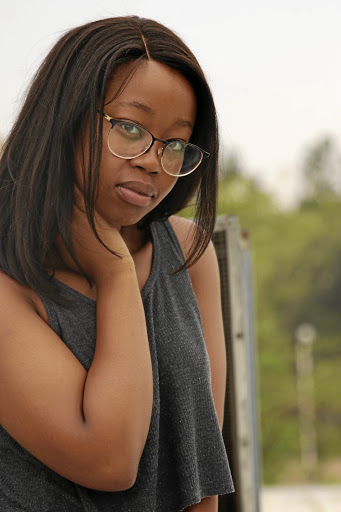 The first thing that hits me when I meet ingénue Farieda Metsileng is that she reminds me of Aubrey Plaza from hit TV series Parks and Recreation.

The 28-year-old Isithembiso actress and MTV Base VJ has a lot of sex appeal. But what first attracts you to her is that her deadpan humour is so spot-on that you don't know if she's serious or joking.

I'm left disappointed when she announces that she doesn't consider herself a comedian. After all, this is the woman who had the whole country captivated with her hilarious viral parody videos that made her an overnight success.

"I think I have always been funny, but I don't consider myself a comedian. Growing up in my friendships I was always the funny one ... that girl you bring to a braai just to break the ice," Metsileng says.

She reveals that she never in a million years saw herself as a presenter until she got her big break on MTV Base.

"I wasn't too open to presenting because I'm a purist. I believe people should do what they are made for," she says.

"Someone asked before I started doing acting, 'why don't you present?' and I said, 'I don't think I'm a presenter.' A year later, I was on MTV Base presenting."

Metsileng got her dream acting role as scene-stealer and comic relief Kandy on Mzansi Magic telenovela Isithembiso early last year. Before then she had worked behind the scene as a production manager on Jam Alley and Club 808.

"There was something in me that just got tired of going to work. I have learned a lot working behind the scene.

"But the frustration was that I'm getting old and I want to be a performer. I was 25 and I felt like I lost time. How was I going to audition next to these 18-year-old budding actresses?"

The youngest of three kids, she dropped out after the first year of studying live performance at Afda because her father couldn't afford it.

"School fees were getting expensive and my dad was like, 'I told you to apply at Wits and you told me about these private schools. What must I do now?'," she says jokingly.

On the romantic front, Metsileng is single and ready to mingle: "What a dry subject. There is absolutely nothing.

"... after the last four stints of trying to date I realised that my weakness is trying to fix."