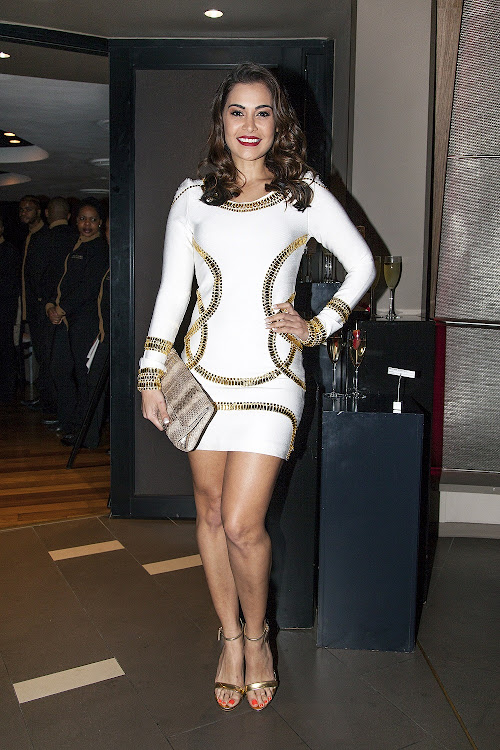 The "fact-finding" trip was announced during a press conference in Johannesburg on Wednesday.

Shashi came under fire after she took to social media over the weekend to debate with a follower on the unrest between Israel and Palestine. In a series of posts she called Gaza a "sh**hole" and was seemingly pro-Israeli. She also bashed Gaza for apparently not using aid and resources in helping its population but pursuing an "ambition to annihilate Israel".

Her comments went viral‚ and caused widespread outrage. She later deleted the posts and apologised for her remarks‚ telling TshisaLIVE that she had simply copied and pasted a message she got from a friend to appear smart.

Human rights and Palestinian solidarity organisation Boycott‚ Divestment and Sanctions (BDS) South Africa said they had accepted a full apology and said they approached Shashi to offer her an opportunity to go to Gaza and learn about the situation.

Model and media personality Shashi Naidoo fears for her life and has hired personal security to monitor her home in the wake of major outrage ...
Entertainment
3 years ago

"Shashi Naidoo has taken a decision to accept our proposal of going on a fact-finding visit to Palestine. The itinerary will be guided by The Nation Council of Churches as well as the South African Jews For a Free Palestine‚" BDS South Africa's Mohamed Desai announced.

The Nation Council of Churches also accepted her apology and said the trip would serve to educate Shashi.

Desai said they would hold "Shashi accountable" during the trip.

Shashi claimed that the trip will be paid for by her and her mother from their own pocket.

Meanwhile‚ Shashi has lost several endorsement deals over her comments‚ with Golden Circle distancing themselves from the star in a statement on Tuesday.

"Gold Circle has recently been made aware of a series of social media messages posted by Shashi Naidoo‚ who was appointed by an outside service provider to appear at this year’s Vodacom Durban July on Saturday‚ July 7. It is understood that her scheduled appearance at the event has now been cancelled‚" the company said in a statement.

Model and media personality Shashi Naidoo has been dropped from this year's Durban July.
News
3 years ago
Next Article