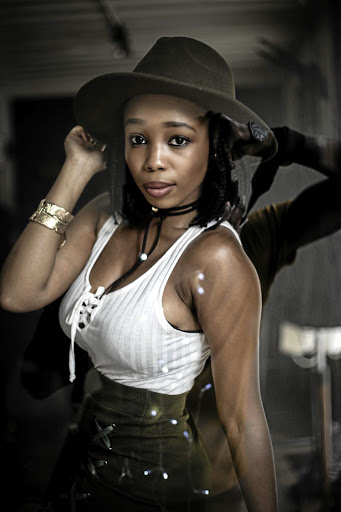 Candice Modiselle says it is crazy that in 2018 she spends most days thankful to be alive . /Odidi Bukashe

In the spirit of youth month, we had a chat with two starlets - portraying schoolgirls on TV - about issues that affect young women in a post-apartheid South Africa.

Modiselle has a bubbly personality and her character as Lerato on Generations: The Legacy continues to capture the hearts of many every night on the popular SABC1 soapie.

When she is not on set or juggling her radio and TV gigs, the youngest of the Modiselle sisters lends her voice to advocate for social issues affecting the youth today.

Modiselle says in the wake of multiple cases of femicide, she has become paranoid and spends most days thankful that she is alive.

"It scares me that women are reduced to a retweet. It scares me how desensitised the countless killings of women is that it's a social norm.

Modiselle says feminism is an important concept for young women in the new age.

"It's so misunderstood that being a feminist is about being an angry black woman. We really need to redefine what it means because in general people don't understand," she says.

"They think it's just another angry black woman that disguises her vindictiveness by being 'woke'. They think by being a feminist you are just . expressing your rejection towards men. As women we need to stand together . because it's easy to conquer divided women.

On mental health, Modiselle believes it's one of the problems that go hand-in-hand with the increasing alcoholism rate among the youth.

"We think that depression is witchcraft, especially among the black culture. Depression and anxiety is not witchcraft, it's not sulking, because if you go to black parents and say 'I am depressed' they will say to you 'stop being emotional'. I truly believe that mental health and alcoholism like poverty and education should be in the top five of national issues that affect the youth." 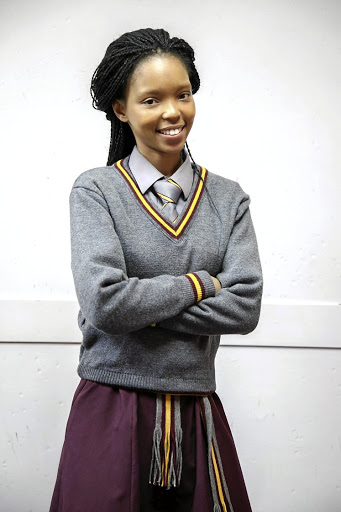 Mapula Mafole says she is all for women.

Playing a teenager at the age of 27 years old, with young people looking at her as a role model, the Rhythm City actress says dealing with mental health is one of her concerns as a young person.

"I am all for women and also I am a young woman who has struggled with my own mental health issues," she says.

"I have never been close to someone who has been affected by femicide but I have been surrounded by friends and family members who struggled with mental health."

Mafole says the problem dealing with mental health issues is that there is no holistic approach to the matter.

". it's one thing to say people must talk but the nature of mental illness is that, first of all, it's different in every person. Some people shut themselves away from the world.

"Some people try to pretend. Definitely, speaking is important but I think more than anything as a society we need to come to a point where we destigmatise mental health in a way that we accept that it is an illness and especially with us as young people because we are dealing with matters the older generation did not have to face."

Mafole believes the increased rate of femicide cases should be tackled from the root.

"I think more than anything what needs to be addressed is how we raise young boys We should look at how can we prevent the upcoming generation of young men from repeating these things because it starts somewhere and I think we should nip it from the roots."

Mafole says women should embrace feminism as a way of embracing their own abilities as women.

"It means I am no less than a man in any way, form or size and also understanding that I am allowed the same opportunities as any man. I am a woman and it's okay. . I should not be boxed into what I should be and not be. I am allowed to be what I want to be, like any man."