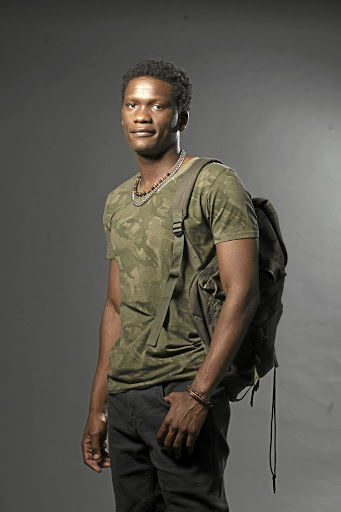 The 27-year-old KwaZulu-Natal-born actor features in The Boy Who Harnessed The Wind, which is set to be released later this year.

The film is directed by Chiwetel Ejiofor, famous for his role in 12 Years A Slave.

"I auditioned for both roles. I sent them my tape, which I recorded from the comfort of my home, and they sent me their feedback and we communicated back and forth until I landed the roles," he said.

The Boy Who Harnessed The Wind, which is now in post-production, is based on a book by Bryan Mealer and William Kamkwamba about a boy who collects scrap metal and builds a windmill to provide his village with electricity.

Robert Marawa's return to SABC radio was not without controversy.
News
3 years ago

Tsipa plays the role of Mike Kachigunda, a school teacher who shows the boy how to create windmills from books.

"Mike was a fun role. We filmed it last year around October. The whole film was filmed in Malawi. It was a very fun role," he said.

Tsipa said he was also fortunate to work with Ejiofor, whom he described as very focused and talented.

Tsipa has played in a number of international hit productions, including US television mini-series Roots.

He featured on six episodes of BBC series Troy and plays the role of Bambatha in Mzansi Magic's drama, Isithembiso.

"I don't do my job to be rated. Whether people like me or not is up to them. I am not part of marketing, my job is to do art and to entertain. for me, I believe in doing interviews here and there and attending auditions," he said.

Tsipa said his role on Isithembiso was set to get exciting soon.

"There are a lot of interesting things that are coming for my role. I can't say much for now but it's going to be very interesting to see how people react to the role," he said.

TV and radio personality Anele Mdoda is bidding farewell to Real Talk after two years.
Entertainment
3 years ago
Next Article