Lady Zamar toasts being the best 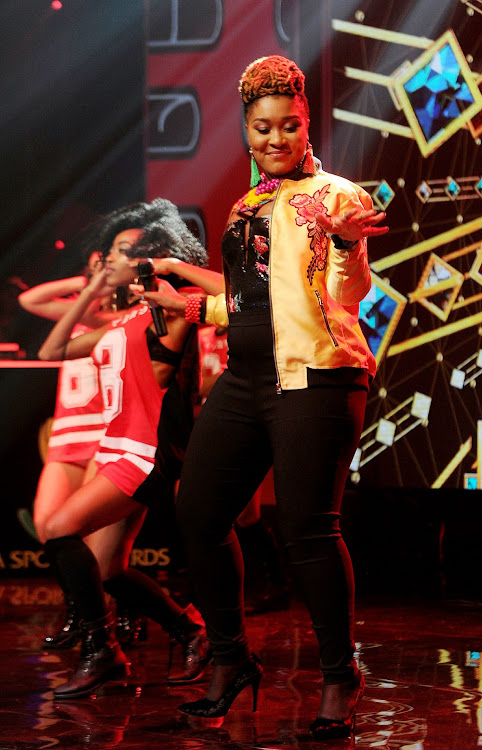 Singer working on a film to tell her life story, her own way.

She became the first female in the last 10 years to win the Best Dance Music Award.

In an industry dominated by men, this is no mean feat.

"This award is very special to me," she tells me.

Born Yamikan Janet Banda, the songstress walked in the footsteps of the late Lebo Mathosa to scoop the accolade, which also happens to be her first Sama.

She takes some time to chat to me in between her busy day.

"You think of the biggest dance songs and a male name featuring a female comes to mind, so it's beautiful to know that the industry acknowledged my album which only has female features."

Women empowerment is close to her as she finds joy in the support she has received from various females in the industry including the likes of Zodwa Wabantu, Nomuzi Mabena and Nadia Nakai.

Everyone knows that there is zero chill in Mzansi.
Shwashwi
3 years ago

"Bonang has also made me feel so special, and to have someone that powerful who is taking over in her [own] field acknowledge me on a public platform is something so encouraging for a young girl like me."

Apart from breaking the mould of male domination, the artist has also created a sense of representation for language in the dance category. "I don't know how many times I have been told I am not South African enough because I sing and speak in English," she reveals.

"I am proficient in English and I know how to communicate well in it; it is the language I was raised in. All I can do is learn my other languages - Tswana and Zulu."

Banda explains that this is the same concept she believes for artists like Babes Wodumo, who appears to be proficient only in Zulu.

"I resent people for laughing at Babes Wodumo for not choosing to speak English. I believe that you should communicate in the language that you are most comfortable with because that is when you can truly express yourself."

Although the past two weekends have brought nothing but blessings for the star, she has also experienced negativity from social media about her style at the recent Miss South Africa pageant, as well as lip syncing accusations at the Samas which she immediately addressed.

Lady Zamar and NaakMusiQ fail to pitch for event

"When I am out there I am not myself anymore. I am a public figure, which means I need to allow people to voice their opinions.

"I can't take it personally because they don't know me. They know Lady Zamar, not Yami at home in her pyjamas."

The singer explains that she often reads everything written or said about her because she understands the honesty that sometimes comes with being a fan.

The artist, who has sacrificed a lot, is in the process of shooting a documentary that uncovers some of the hardships she has been through.

"People look at me and see me smiling and think I have it all because I don't talk about my struggles at the time they happen.

"I want the time and space to tell my story my way. People who were in my life musically would threaten my personal relationships and cause so much drama that I had to walk away because I and the people I love would get hurt."