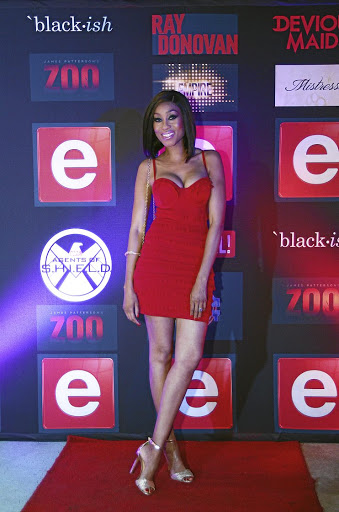 Scandal! actress Kgomotso Christopher has been appointed chairwoman of the Naledi Theatre Awards board.

Christopher, who plays Yvonne Thebe on the e.tv soapie, makes history as she becomes the first black woman to be Naledi's board chair.

Speaking from overseas, she said she felt honoured.

Christopher has been a board member of Naledi Theatre Awards for four years, and served as a judge in Assitej (Association Internationale du Théâtre de 'Enfance et la Jeunesse) judging panel for Young
Audiences, eventually becoming a board member.

She will be serving alongside two deputy chairs, veteran actor Sello Maake ka-Ncube and artist activist Maishe Maponya, and patron John Kani. "I feel privileged to be in a position to directly influence and shape the future of this prestigious 14-year-old awards institution," she said.

Christopher's role as chairwoman will be working with the board and CEO, Dawn Lindberg, to create and implement the strategies and goals of Naledi Awards. "I will also be in the capacity of spokesperson and representative of the awards in general."

Since the Naledis have struggled to attract more investors, some of the challenges facing Christopher will be to change perspectives about the importance of the arts.

For his outstanding performance in King Kong, former Isibaya star Andile Gumbi has scored a nomination at the 2018 Naledi Theatre Awards. Gumbi and ...
Entertainment
4 years ago

Momo Matsunyane to finally get her name on award