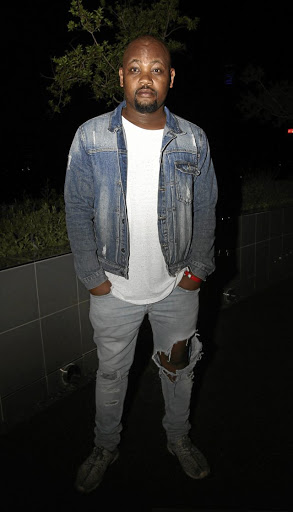 Thobani Mseleni has lost his life in a car crash. /SANDILE NDLOVU

Close friends of actor Thobani Mseleni, who died in a car crash in Eastern Cape, learnt of his death on social media.

Mseleni was killed when a car he was travelling in with four other occupants was involved in a head-on collision on the N6 outside Queenstown.

Kumbaca said: "When I checked my Twitter I saw Thobani's name being listed as one of the people in the fatal accident. All this through random Twitter posts.

"Finding out like that made me more in denial. I didn't believe it."

Kumbaca, who worked with Mseleni on the popular drama series Matatiele on e.tv, described Mseleni as confident, humorous and energetic.

Another friend, Sibabalwe Bingwa, said he also learnt the news on Twitter.

"I was having a relaxed Saturday at home when I logged in on Twitter and learnt the news. Still in shock, I refreshed my timeline to double check and I saw my friend's name. I felt so weak, I didn't want to believe it. I called friends to check the last time they had spoken to him and they confirmed he was no more," he said.

Bingwa said Mseleni was in the process of building his mother a house. "A happy soul, loved fun and his friends and definitely had so much love for his mother," he said.

"I will remember Thobani as one young man who was fearless, who pushed himself and worked so hard to be where he was."

Gone too soon: all we know on the triple celebrity deaths

News broke first that Akhumzi Jezile the better known of the trio had passed on.
News
4 years ago

Urban Brew Studios chief executive Veronica Duwarkah said: "We are all devastated and utterly shocked, but we will try to remain strong during this time."

Head of bouquet at SABC1 Clara Nzima said: "It is with immense shock and deepest sorrow to learn of the untimely passing of Akhumzi [Jezille, a former YoTV who also died in the accident].

"A colleague, an exceptional talent ahead of his time, a friend to many.

On behalf of SABC1 and the SABC, we wish to send our heartfelt condolences to his family, friends, colleagues and fans. We have truly lost a gem. May his precious soul rest in peace," she said.

Speaking on behalf of the Jezile family, Percy Vilakazi said they were humbled by the love, support and prayers they had received from all corners.

Minister of Arts and Culture Nathi Mthethwa also sent his condolences to those who lost their lives.

"It is with deep sorrow and profound grief that the we learnt of not one but deaths of bright young stars and the future of the country's arts and creative industries," Mthethwa in a statement.