'Why did it take a day to rescue Odwa Shweni' 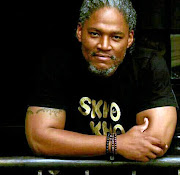 The family of an actor who died while filming a movie in the Drakensberg believe he could have been saved if authorities had responded quicker.

Odwa Shweni, 39, fell off a cliff while rehearsing a fight scene for an upcoming movie, White Outside, at the Sterkspruit Waterfall near Monks Cowl in the southern Drakensberg on Friday.

Family spokesman and Shweni's best friend Thami Bokwa said he could have been saved if authorities did not take a day to rescue him.

"The story that we have is that there was a fighting scene at the edge of a cliff and there was water. He slipped and fell about 900m down," he said.

"That in itself is very painful. The questions that I have personally is why did they launch the search party a day later? The fact that it was dangerous to go down is not a good enough excuse for me."

However, police spokesman Thulani Zwane said the incident happened later in the day, making it difficult for rescue operations to take place at night.

"Where he fell was too deep, so the following day was when rescue operations could be conducted properly. Unfortunately, that is when they found him dead," Zwane said.

Shweni put on hold a business opportunity with a big company in order to shoot the movie as a lead character.

Shweni lived in Centurion with his wife Tebogo and their two daughters, Bomelelo, 6, and Khalipha, 3. Bokwa said: "Tebogo is broken. What do you say to your children?"

Producer and director of the movie Sipho Singiswa said the cast and crew members were still traumatised.

A memorial service will be held in Randburg and he will be buried in Queenstown, Eastern Cape.