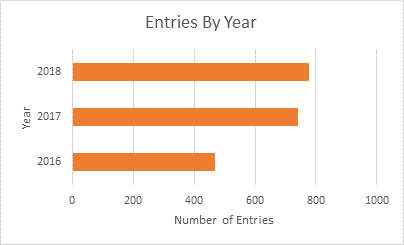 The number of entries for this year's South African Music Awards (Sama) is up on the previous two years.

The most entries are in the category of Best Music Video of the Year with 127 entries, followed by Best Collaboration, which attracted 100 submissions. Best Produced Album stands at 86 while Best Dance Album boasts 53.

Best Kwaito has the least number of entries, at eight, but is still a significant jump from the four it had last year.

Sama CEO Nhlanhla Sibisi said the challenge with kwaito was that most artists only release a single track.

"Although kwaito has merged some of the hip-hop and dance elements, it has not itself grown. That has been the difficulty we have around how do we now properly define kwaito.

"I know that the guys in KZN would say gqom must be separate but we are saying it should be part of kwaito. That is the discussion that we have," Sibisi said.

He added: "Both kwaito and gqom artists release singles and you would find that by the time we start our entry processes some of them have not released enough music for an album. So you will hear a number of songs that are popular but some of the artists are not in the category because they have not released a full album."

Sibisi said the most popular category, which is Best Video category, has been on the rise because artists have started releasing more videos, instead of just one video to cover the whole album.

Mmatema Moremi shares how hard work has kept her relevant in the South African music industry.
S Mag
4 years ago
Next Article