Santana return to SA for two-city tour with Mango Groove 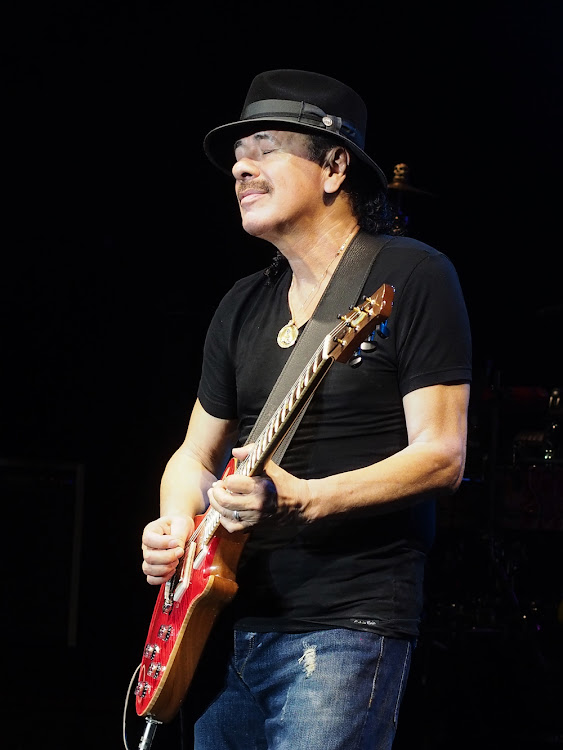 Carlos Santana, who first became famous in the late 1960s with his band Santana, pioneered a fusion of rock and Latin American music. His first top 10 hit, Evil Ways, stayed on the Billboard charts for two years and was soon followed by the number-one albums Abraxas and Santana III.

Aside from the Rolling Stones, Santana is the only act to bag a top 10 album on the Billboard charts in every decade since the 1960s, and the legendary guitarist is also a recipient of the Billboard Latin Music Awards Lifetime Achievement Award in 2009 and the Billboard Century Award in 1996.

Carlos Santana has sold more than 100-million records to date, is an inductee of the Rock and Roll Hall of Fame and listed as one of the top 20 greatest guitarists of all time by Rolling Stone Magazine, among other accolades. He is currently headlining at House of Blues at Mandalay Bay Resort in Las Vegas as a part of a multi-year residency.

Santana, who last performed in South Africa in 2014, have always had a strong affinity for the continent. Africa Bamba, the band’s collaboration with world music group Touré Kunda, is a blend of Latin and African musical elements.

Their performance alongside Afro-pop group Mango Groove, whose career has spanned an exciting and turbulent time in the history of South Africa, is not only fitting, but should also be a real treat for lovers of collaborative music.

Mango Groove, with lead singer Claire Johnston, have become a household name since their formation in 1984. To date, the South African Music Award-winning band has released six albums and sold more than a million albums.

The tour, another Big Concerts Experience, is presented by Cape Talk, 702 and Channel 24.

This article was paid for by Big Concerts.