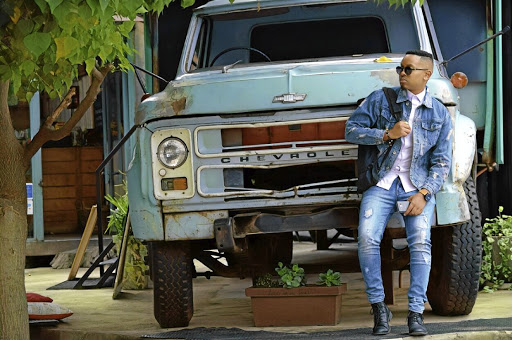 Former 'Idols' contestant Lungisa Xhamela has released a single 'Think About It'. /Supplied

Multi-talented Lungisa Xhamela of Idols fame is set for the stars with the release of his new single and a new record deal with Vth Season.

Xhamela made a name for himself as the cute boy on Idols in 2015 and went on to add songwriter, performing artist and MC to his resumé.

The father of one released his new single Think About It last week.

"There is pressure but I am ready for the pressure. Everything has been good. For myself, I have always wanted to stand out and I think in this industry if you want to be like everyone else you will always find someone who does better than you," Xhamela says.

"So, for me, not a lot of people do soulful house music and the way I do it has no elements of commercial music, it's more like a fusion of soulful music and deep house."

Model and actor is back on the set of 'The Queen'.
Entertainment
4 years ago

Xhamela says he is happy to work with a new team, from production to publicity, which is different to the team he had after Idols.

"After the show you get a team of people to help you with your music and so forth but it doesn't really last and you have to stand on your feet and that is what I have been trying to do. I have managed to release a song after the show and it did quite well, even with downloads," he says.

"Right now I have a really amazing team and my music is starting to get a lot of traction."

Xhamela expresses hope to work with house DJs, including DJ Ganyani, on his album which is due for release this year.

"In my album there will be a bit of soul and the house obviously. I would like to work with a lot of producers like Ganyani and people who are prominent in the house industry," the gifted singer says.

He also plans to start acting this year and presenting television shows.