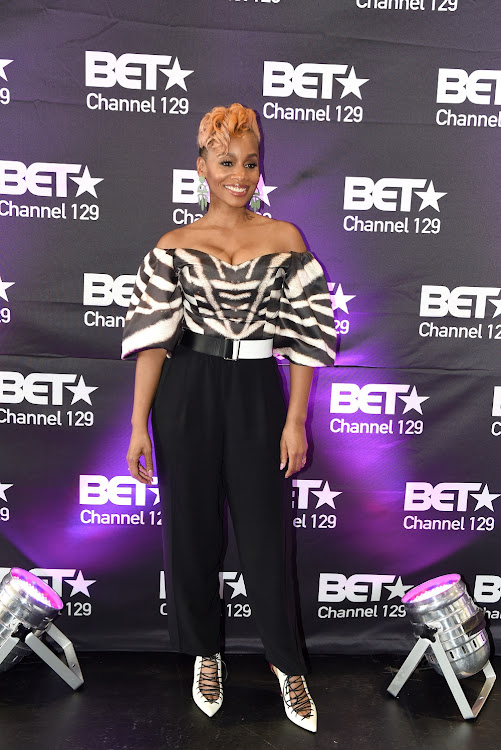 “[They] speak to my soul,” she said during a press conference in Johannesburg on Tuesday afternoon.

The American star added that she was a fan of braai meat after having dinner at the Mandela house last night.

“I had a braai at the Mandela house and it was so good. I haven’t been eating meat for about a month,” she added.

“We had an amazing array of vegetables, with braai meat on the side. It was everything it was supposed to be.”

Rocking half-shaved rose gold hair, resembling Rihanna’s edgy ‘do during the Russian Roulette era, the 45-year-old petite actress has been in South Africa since Friday.

She attended the Veuve Clicquot Masters Polo on Saturday, before making her way to Johannesburg.

“I got to have some time on the streets of Cape Town – headed to Table Mountain – and met some people, so that was fantastic. It has just been me being in touch with the cities,” she shares.

Rose is promoting her TV show The Quad currently in its second season on BET Africa. This is the Tony award-winning actress’ first lead on a TV show. Her illustrious resume includes roles in popular productions such as Dreamgirls, Power and For Colored Girls.

“It’s a different way to pace yourself; it’s more than being just a lead on script. But you have to set a precedent for behaviour,” she explained.