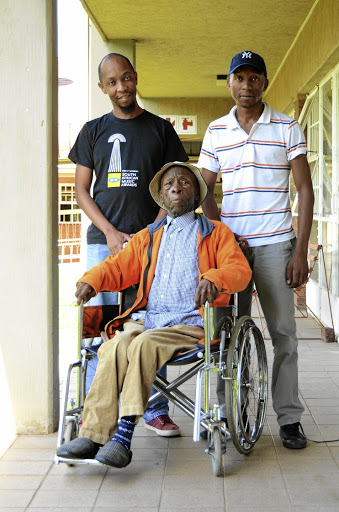 Members of the family of legendary playwright Zakes Mofokeng are at each other's throats over his assets.

At the centre of the brewing fight over the 77-year-old playwright's assets are his three sons, Mpho, Tokelo and Tokollo and a stepdaughter, Hope.

Mofokeng is known for his play, Never Again, which was staged at the Teatro Dallas International Festival in the US in 1995. His first play was The Train in 1974 and A New Song in 1989. He also wrote a television documentary,Monna Wa Minno, about the late Michael Masote, who started the first black youth orchestra in South Africa. The documentary was flighted on SABC2 in 2012.

Mofokeng went into exile in Switzerland in 1984 and wrote many plays and books there.

Today a destitute Mofokeng cuts a sad figure at a home for the aged in Yeoville, Johannesburg, where he lives.

He suffers from Parkinson's disease and survived a stroke last year.

Meanwhile, Tokelo and Tokollo, who live in Witpoortjie, accuse Hope and Mpho of chasing their father out of his house in Doornkop.

An angry Tokelo charged: "We went to the house and found new tenants. We were shocked that Mpho was able to take a decision about the house, excluding my aunt and uncle. Mpho has been avoiding us since then."

Black Panther star and Oscar winner, Lupita Nyong’o, is set to play Trevor Noah’s mom Patricia in the film adaptation of his 2016 memoir ‘Born a ...
Entertainment
3 years ago

They also accuse Mpho and Hope of cleaning out Mofokeng's bank account and not paying his boarding fees at the old age home.

According to a statement seen by Sowetan, Mofokeng owes the old age home R32000. Standard Bank statements show that he received two pensions, one from Switzerland, where he has a wife and children, and another from the Department of Defence and Military Veterans by virtue of being a member of APLA the military wing of the PAC.

Tokollo said: "The pair normally wait for the money to clock into his account. They pick him up at the old age home and take him to the bank for verification then they start withdrawing his money."

The bank statements further show that his Standard Bank card has been used to buy items at shops in Randfontein and Southgate Mall.

The legend, who was also a musician, accused his son of using his special pension money and royalties for years.

"I got R300000 in royalties from overseas for my work a few years ago and Mpho chowed it all. He is also keeping my bank card and identity document," he said. 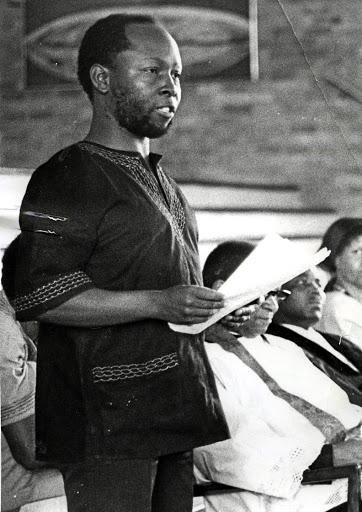 Mpho didn't honour appointments with Sowetan to state his side of the story.

Hope denied she had been misusing her stepfather's pension money. She also denied that Mofokeng had been thrown out of hi house, saying they had taken him to a home because he was not well.

She said the decision to rent the house out was taken after a break-in last November.

"I have been taking care and helping Ntate Mofokeng with Mpho for some time and these two boys were not there. There was a time he lived alone until we hired someone from Lesotho to take care of him."

She confirmed that she was keeping the bank card and identity document because she was the one who buys him toiletry and medication.

She said Mofokeng owed the old age home because the Department of Defence and Military Veterans had promised to pay for his stay but had not been able to because of a problem with his bank. A social worker who has been handling the case corroborated Hope's story.

The director of communication at the Department of Defence and Military Veterans, Phumeza Dzukuda, confirmed the department would pay for Mofokeng's boarding fees at the old age home. She said the process was being delayed by the family feud and that the department was awaiting certain documents to complete the process.

Theatre play a damp squib.
Entertainment
3 years ago
Next Article