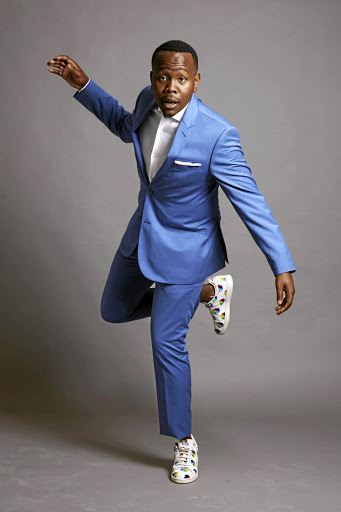 Six years after becoming the first black winner of Idols SA, Khaya Mthethwa proves he wasn't a flash in the pan.

He has maintained a successful run as a recording artist and grown in every sense of the word.

The bright eyed 23-year-old pastor's kid we met in 2012, today sits as a 29-year-old senior pastor at his father's Oasis Church based in Umlazi. He's also a married man, having snatched former Miss SA Ntandoyenkosi Kunene.

His schedule couldn't be more packed making him the ultimate poster boy of local gospel.

He is the host of two television shows - Rhythm Gospel on BET and Gospel Avenue on SABC1. Then, on Sunday mornings Mthethwa dispenses his wisdom on The Sacred Space show on Metro FM with Thami Ngubeni.

Mthethwa talks to me on the line from Durban where he is now based with his wife.

He warns that it hasn't been easy. "We often talk about the doors that open and forget about many more doors that close, the demotivating emails that say 'we don't have money or the budget'.

"I've been trying to get into radio for four years and when the door opened in September 2017, I didn't waste time. I love dreaming and pursuing things people don't take advantage of," he says.

Mthethwa says he is being himself on his shows. "I'm grateful South Africans are attracted to the realness. They are quick to pick up when you're fake."

Radio came with its challenges. "Thami has been on radio for more than 10 years, she has built that show and I was blessed that I walked in and we got along. I had teething issues in the beginning but I have finally found my feet. I learn everyday, from the audience and the continuous feedback.

"I had to take a public speaking course to help me filter thoughts and to find the best way to communicate. Sometimes you may have the best ideas but if you can't communicate, well, what's the point?" Mthethwa says.

"I read a lot, especially biographies, and I studied Trevor Noah whom I admire so much. I rehearsed stuff on my mirror, people think it's stupid, but it helped me find my feet," Mthethwa says.

"I've found a girl who is amazing, loves God, family and respects herself. Beyond her achievements and her background she is just a great person. When I look at her family I see my family.

"We ask ourselves if we're really married, because it's so easy and natural - we choose one another everyday. I'm blessed that she relocated from Mpumalanga to Durban to be with me," he says.

As the new leader of the church - he was ordained in December - he runs the Sunday services and the worship team, Oasis Worship.

"It's a great honour to lead an organisation that was started by my father Themba Mthethwa in our living room in Umlazi, 30 years ago."

The church has now grown to have branches at UKZN in Durban, Fourways in Johannesburg and Matatiele in Eastern Cape. Uppermost on Mthethwa's mind is to make sure the church grows.

"My prayer is not to mess it up, but to be authentic and help people to be the best version of themselves."

It's a rousing gospel song praising God's work in His people.

With his new calling, Mthethwa says it has been long coming. "It took some sort of adjustment, prioritising things, losing out on some gigs, money and not being able to travel," he says.

"To hear my father call me his pastor is the weirdest thing. He always thinks generations ahead."

And Mrs Mthethwa junior has taken to the role of pastor's wife. "She a loving person. She loves kids and has been a perfect fit into the organisation. She always reminds me that she's the pastor in my life. While I pastor the church, she's my preacher at home."