Loyiso Bala says Inxeba does not cut it 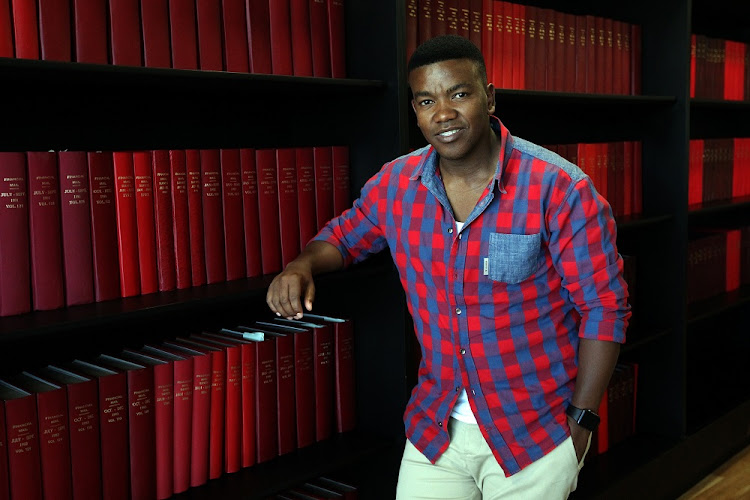 Loyiso Bala found himself on the receiving end of Twitter wrath for his criticism of the controversial film Inxeba (The Wound).

The Xhosa coming-of-age film with a gay twist opened in local cinemas on Friday and was met with both applause and rejection.

Bala tweeted: "The release of Inxeba totally ridicules and disrespects the wishes and traditions of the Xhosa culture. If we, as a country, cannot protect our own cultural beliefs and differences, no one else will do it for us."

Yesterday, he told Sowetan he stood by his viewpoints.

"The emphasis of the tweet was on the 'wishes'. The Xhosa culture says this [initiation] should not be discussed outside of those who have been there.

"To preserve the rainbow nation, we have to respect the wishes of other people."

He said artists needed to respect other cultures. "We need to be careful in expressing ourselves and not undermine people. We have to think twice because once one gets away, everything will go away," he said.

Bala came in for some roasting from the likes of musician Simphiwe Dana, who questioned if he was homophobic.

But Bala retaliated: "Before you start insulting people you need to debate within yourself. The hate I got was mostly from people who are not Xhosa, except Simphiwe, who came for me and turned it into a homophobic issue. I was surprised what she was on about. This thing is not against actors."

Meanwhile, the creators of Inxeba have laid a complaint with the Human Rights Commission following threats and violent protests at the weekend in the Eastern Cape, Cape Town, Bloemfontein and Gauteng.

In some cases the lives of cinema staff were threatened.

The nominations for the 12th Annual South African Film and Television Awards (SAFTAs) were announced on Friday morning at Inanda Club in Sandton, ...
Entertainment
4 years ago

Producer Cait Pansegrouw said things had gone too far. "I understand that it's an emotional issue to people. We have been receiving threats throughout the year, but now it's shocking that cinema staff is being threatened and the lives of the citizens are being endangered, that is the reason why we approached the Human Rights Commission."

Pansegrouw said they had also sought the intervention of the commission because in broader terms "one sector of society is dictating what the rest can watch".

Attempts to get comment from the Human Rights Commission had failed by the time of going to print.

"We always knew that we were doing something controversial but it's quite upsetting that protesters had to resort to violence to get their point across," Pansegrouw said.

"There have been no protests lately, and we hope the worst is over. The film will be screened when it's safe for the cinema staff to do so.

"We are feeling positive with the incredible response. There were lots of sold-out shows and interesting conversations on Twitter. It's rewarding to see our work encouraging this uncomfortable but urgent conversation so openly.

Internationally acclaimed South African film ‘Inxeba (The Wound)’ premiered on January 30, 2018. Here’s what South African celebrities had to say about it.

Movie houses cancel screening of The Wound (Inxeba) amid threats