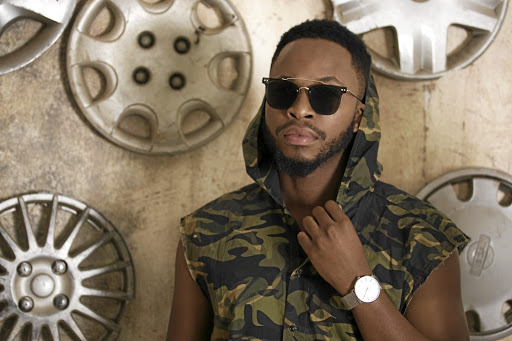 Maphalala, who portrays Mxolisi in Uzalo, admits that he has been a fan of Khumalo's for many years.

He observed Khumalo closely as she tackled different roles, but never thought he would work with her one day.

When it finally happened in 2015, Maphalala was actually speechless. He did not only act with her but he played her long-lost son Mxolisi.

The Pretoria-born actor and musician says it has been an honour to work with Khumalo.

"Our relationship has been strong, from day one off set. On set it became magic."

One of the qualities he loves about Khumalo is that she remains humble despite her success.

Star says she left 'Uzalo' quite happily
Lifestyle
4 years ago

He says Khumalo taught him to be honest in his character and remain true to himself.

"She never behaved like a superstar. She told me that no matter how big one may be, it's important to remain humble, you are a human being at the end of the day."

Since MaNzuza is set to die in the story, Mxolisi is on the brink of going through an emotional rollercoaster.

According to Maphalala, MaNzuza's death will be a huge blow for Mxolisi as they reconnected only recently.

"His mother's death will affect him a lot. They just connected and he was still getting used to the idea that MaNzuza was his mother."

He says viewers will see Mxolisi turning a new page and going through his emotions. "What will follow will be Mxolisi doing everything in extremes.

"When he loves, he loves too much, and when he commits crime he overdoes it."

Apart from his Nay Maps Clothing label, the actor will finally release his long-awaited music album.

He says the single will be released soon and he has worked with a number of talented producers and musicians.

Maphalala says the album offers different styles that are fused with soul.

He dreams of exploring his other talents. His biggest wish is to have his own production company and give other young people a platform to shine.

Maphalala is one of the stars in the new season of Tropika Isand of Treasure.