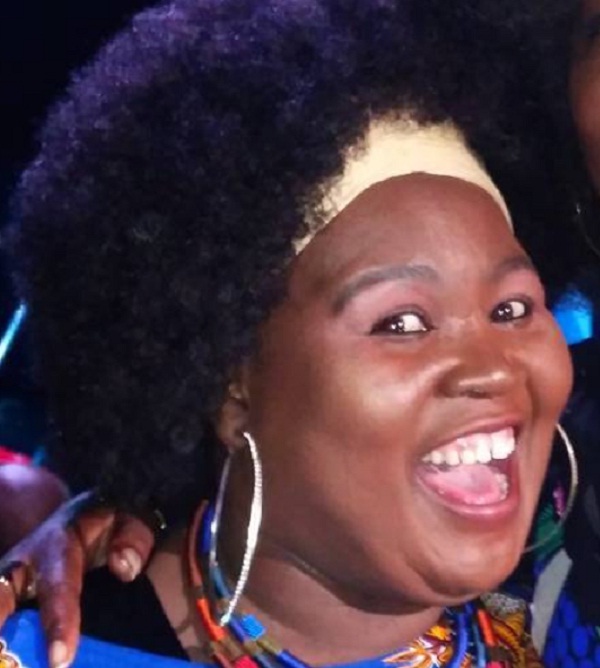 Veteran actress Thembsie Matu is without a doubt one of the funniest personalities in Mzansi and the star has finally decided to face her fears‚ and try her hand at off-screen comedy.

Thembsie‚ who currently plays the role of Petronella on The Queen‚ told Move magazine she hoped the career would take off and she would be able to perform for fans across Mzansi soon.

"I'm trying comedy now. If it doesn't work out‚ then I would have tried. If it does‚ you might be seeing a lot of me around the country doing shows."

She admitted that she wanted to start earlier but always ran away from the idea because she was scared of the unknown.

"I have been running away from comedy for years now and it is mainly the fear of the unknown. I also have a fear of working without scripts‚ which I am accustomed to with my acting job."

The actress has been a part of South African households for years‚ performing on several TV shows and adverts.

Speaking to TshisaLIVE about her character on The Queen‚ Thembsie said her and Petronella were both confident in their skins.

“We [are] similar in terms of confidence. We go after what we want and we are both no nonsense woman. However‚ I am not a violent person - I don’t beat men. I hope Petronella teaches women to work on what they have: be it a cleaner or cook or a nanny. And they mustn't put all their eggs in one basket‚” she said.

The hits and misses from the 2018 Sun Met (Photos)

The annual Sun Met took place on Saturday afternoon at the Kenilworth Racecourse, in Cape Town.
Shwashwi
3 years ago

The rapper has addressed their apparent split.
Shwashwi
3 years ago

When a person of Hugh Masekela's stature dies, we are always asked not to mourn, but celebrate him, as if it were that easy.
Opinion
3 years ago

John Trengove's directorial debut ‘Inxeba’ (The Wound) is the most audacious and visually stunning – not forgetting vividly provocative – film to ...
Entertainment
3 years ago

WATCH: Rihanna heats up the Grammys stage with the Gwara Gwara

When Rihanna took to the Grammy Awards stage the last thing local fans expected was to see her pull off SA dance move‚ the Gwara Gwara.
Entertainment
3 years ago

Popular soapies Generations: The Legacy and Muvhango will once again be snubbing the (SAFTAs).
Entertainment
3 years ago
Next Article