WATCH: Rihanna heats up the Grammys stage with the Gwara Gwara 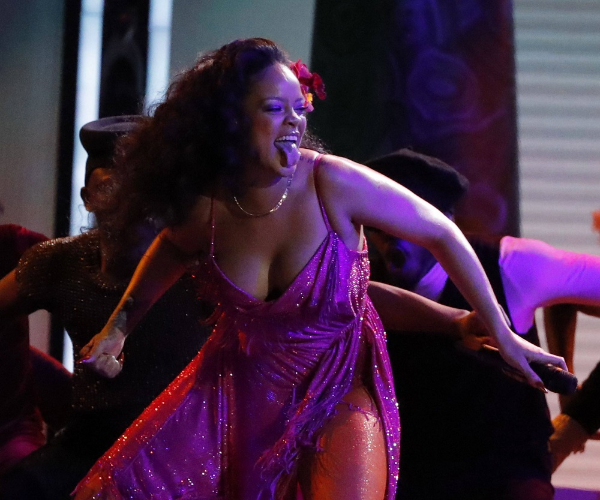 The dance move was made popular by Mzansi’s DJ Bongz and has been showcased around the world in videos and performances by celebs including US producer Swizz Beatz and Chris Brown.

Rihanna became the latest star to pull off the viral dance move‚ using it heavily in her performance of Wild Thoughts at the glitzy awards ceremony.

Speaking to TshisaLIVE‚ DJ Bongz said he was honoured that Rihanna used the dance move in her show-stopping act.

“I created the dance from scratch and it feels so special to have it shown on an international stage like the Grammys. It shows that Africa can make a big impact on international dance.”

DJ Bongz believes that this was just the start of the dance move’s popularity and he hoped it would soon be used by other artists in their performances.

“I don’t know what the next step is but I know it will be become bigger. This is a great moment for both me and South Africa.”

Local music legend Hugh Masekela‚ who died at his Johannesburg home last week‚ was also honoured by the ceremony organisers.

Celebrities wear white roses to the Grammys for gender equality

The music industry's hottest stars wore white roses to the Grammys on Sunday in support of gender equality.
Pic of The Day
3 years ago
Next Article