Tina Jaxa 'digs deep' to bring her characters to life 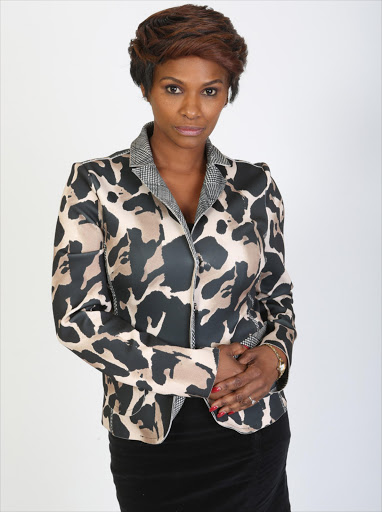 It's been over 20 years since Tina Jaxa first graced the small screen but her deep love for acting has kept the fire burning inside and motivates her to go to beyond the call of duty to bring her characters to life.

"It's the unleashed level of commitment built inside of me‚ and the devotion I possess when it comes to the craft I so respect‚" she told TshisaLIVE.

Tina said that her character in new drama series‚ Nkululeko is one of the best she's ever done‚ and to bring the 'grieving mother' to life she had to dig deep.

"My findings about Tina (her character) was through deep meditation. Her dark side that is so well suppressed when she was introduced to me‚ had to come out. I researched but also relied on deep meditation to take me to my character's different layers."

Tina said although it was difficult she felt like she was "cheating" her art if she borrowed her own personal experiences to bring the character to life. Instead‚ she preferred to know the role enough to make people believe that she's experienced life as the character.

The actress also applauded the storyline of Nkululeko in which she plays a woman who would do anything to protect her child.

She said as a parent‚ she has also learnt a lot from the storyline.

"Not only does it reflect the reality of our children in Khayelitsha‚ also the country entirely. Our kids are faced with serious challenges‚ there's an enormous amount of peer pressure spread out negatively out there‚ that we as parents don't even get close enough to hear about. Back in the days we would say the community helped groom a child‚ but nowadays these are the very same communities we ought to protect our kids from."

Nkululeko plays every Sunday at 8 pm on Mzansi Magic.

Even though her boss Cassper Nyovest has snubbed the Samas for the third time in a row this year‚ Nadia Nakai does not share his sentiments.
Entertainment
4 years ago

Olympia Ohanian, daughter of tennis star Serena Williams became the youngest star to cover Vogue Magazine at just 3 months old. Olympia has her own ...
Pic of The Day
4 years ago
Next Article