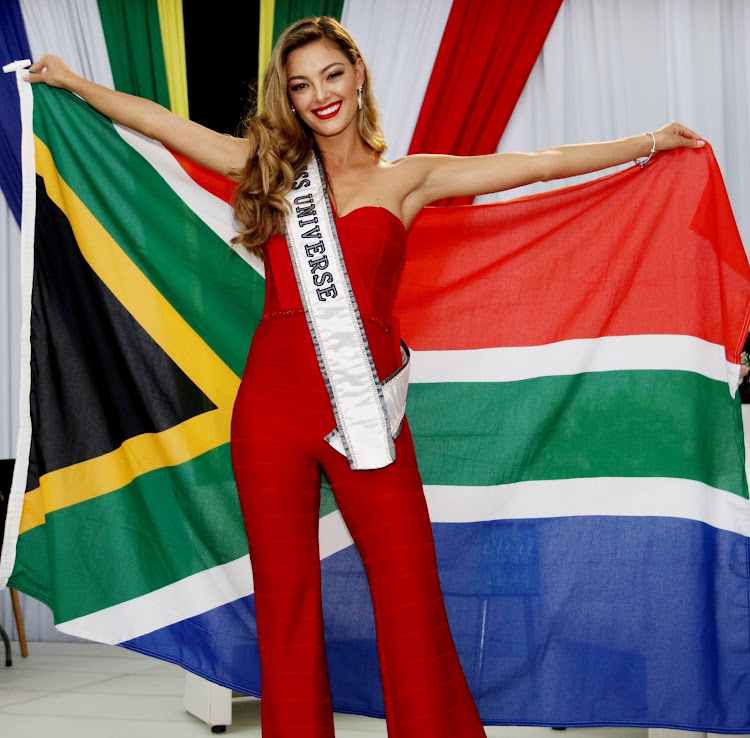 As she touches down at O R Tambo International Airport from New York on Wednesday morning‚ Demi-Leigh Nel-Peters’s number one fan‚ cheerleader and a woman who has known her through out her life‚ Anna-Marie Steenkamp‚ will be in the crowd who will welcoming the recently crowned Miss Universe back to her home soil.

Steenkamp‚ 57‚ last saw her only child in November when she became the first Miss South Africa to take this prestigious title since Margaret Gardiner in 1978. At the time‚ she‚ together with her ex-husband Bennie Peters‚ his wife‚ Elsabe‚ and stepfather Johan had only an hour to congratulate their daughter who had just taken over the R3.5-million diamond crown - with 500 diamonds of roughly 30 karats each - as Miss Universe in Las Vegas in America.

Then she was whisked off to her Miss Universe apartment in New York.

“I think I will cry when I see her. I miss her terribly‚ you know. She will always be my baby and I often wonder how she’s adjusting in a foreign country‚” said Steenkamp a few days before she took a flight to Johannesburg .

Demi-Leigh Nel-Peters, Miss Universe 2017 arrived in South Africa on Wednesday, January 24 2017. It’s the first time that she is home since winning the crown.

The mother and daughter communicate with each other daily on WhatsApp‚ but said her daughter often didn’t have time to elaborate on what she has been up to or to share her experience of the countries she has visited as Miss Universe.

“Arg! I know and understand that she’s busy. But I hope that now that she’s coming home‚ I will have enough time to talk about her crowning and really spend time as family. I’m praying that the organisers give us that chance.

“In Las Vegas I only took three pictures with her after the crowning. I am hoping to take a lot when she’s here‚” said the business woman from Sedgefield‚ a small town on the Garden Route in the Western Cape.

Already the town has put up posters‚ banners and billboards to welcome their darling - and a street parade is also on the cards on Sunday‚ when Nel-Peters will make an appearance.

Steenkamp said she was so proud that her daughter - who had come to this world in 1995 weighing 2.2kg‚ 58cm and had a pitch black hair - was now known internationally and had over a million followers on Instagram.

Many waiting at OR Tambo airport for Miss Universe 2017 to arrive. #MissUniverse pic.twitter.com/dldTtEoNI8

Growing up‚ she was never into beauty pageants. This‚ however‚ changed when she came third in little Miss Fonteine primary School. She later won Miss Sedgefield when she was in grade three.

“From there she was winning most competitions and I also enrolled her with a modelling agent to help groom her for modelling.”

In all her beauty competitions‚ Steenkamp‚ her ex-husband and current husband as well as Nel-Peters’s step mother had always attended them.

“When Demi put her head into something she put in 100% of herself. She is one of those people who don’t want to live a life of regret. Even with Miss Universe‚ I knew from the start and in my heart that this was God’s destiny for her. If it wasn’t then the crowning wouldn’t have happened‚” said Steenkamp‚ who said her daughter has taken her biological father’s hair and her grandfather’s Latino look as he has Greek origins.

“But the brains and beauty are from me. Maybe if my father was not against beauty pageant and modelling maybe I would have been a Miss SA‚” said Steenkamp.