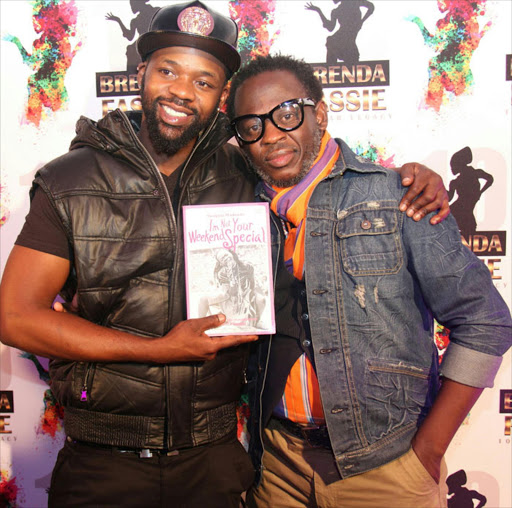 Brenda Fassie's son‚ Bongani has lashed out at music veteran Sello 'Chicco' Twala's attempt to block the making of a biopic about the songstress which is currently in the pipeline.

Chicco reportedly plans to file a legal application to stop the production of the film about Brenda's life‚ claiming he had the rights to her music and any films about her.

Chicco was Brenda's manager and producer prior to her death.

Bongani told TshisaLIVE that he would be releasing a statement to address the matter in full‚ but that Chicco did not own Brenda or her family.

"Chicco does not own Brenda. He doesn't own the Fassie family. He does not own any of us. We give him to God‚" Bongani said.

He previously told Sowetan that his mother's life was filled with controversy even after her death and that he was excited to be a part of the production.

A new film based on the colourful life of Brenda Fassie is in the works.
Entertainment
3 years ago

"My mother Brenda has been surrounded by controversy in her life and even in her death. It is with great excitement that we have partnered with Showbizbee Film Productions to make the Brenda Fassie movie for box office release in 2018."

Meanwhile‚ the producers of the film have continued on pre-production of the film and are currently still going ahead with plans to hold auditions for the lead role of Brenda in the film.

In a Twitter post carrying the name of the company‚ Showbizbee UK‚ producers said nothing would stop the film from going ahead as planned.

Trying to stop the Brenda Fassie movie is like trying to sit on the Sun in the Morning to stop it rising, it's not going to stop.

The company has also apparently received over 1‚200 applications since launching the search for an actor to play Brenda Fassie in the film.

In an interview with City Press‚ Chicco claimed that he was not consulted about the movie and would prevent it from going ahead.

“Besides my company having the rights‚ I have never been consulted by anyone. I feel disrespected and undermined‚ especially being the one who has written and produced almost 75% of the late singer’s songs."

Brenda Fassie died in a Johannesburg hospital in May 2004.