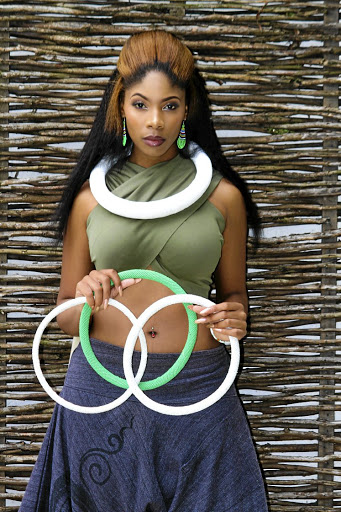 There is something eerie about hearing the music of Khanya Greens.

That she is talented is not debatable, but no matter how hard I tried to shake it off, she sounded so much like Lira.

She delivers powerful vocals on some magnificent tunes and, interestingly enough, she is signed to Arthur Mafokate's 999 Music, the first stable that Lira was signed to when she started out.

Born Khanyisile Ngutshane in Johannesburg to struggle stalwarts Enos and Ann Ngutshane, she says she has always loved music, but seriously pursued it when she got to UCT (University of Cape Town) where she was in second year of her four-year theatre and performance degree.

"I had my first boyfriend then who broke up with me and left me hurt and disappointed," says. "I went and composed and recorded Uvalo on my laptop. It would be the very first song for me.

After keeping the nation on its feet with his smash hit Akanamali, Samthing Soweto is catching his breath.
Entertainment
4 years ago

"The lyrics were sad but the melody was not. It was more about healing than bleeding."

Khanya leans more to gospel in her convictions and sensibilities. She talks about how it was important to her to hold on to her Christian values as she recorded secular music, in fact she is still a faith healer.

"In April 2016, I studied at Tirano School of Repentance and, as a spiritual healer, you are sent to heal people with specific wounds and that's what I do," she shares.

Songs like Ho Ya Rona and Stop instil hope in people at a time when the world is so troubled.

Letha is a playful song about lobola in which she teases a lover to pay what's due to her family.

Khanya says her current fortunes in music surprised her the most: "This music thing has come as a serious shock. I had given up on music; these songs I wrote five years ago and never thought they would be released."

Things changed when Mafokate heard a song she recorded on a WhatsApp group and invited her to his studios. They have emerged with Be Still, a 15-track genre-bending album. "I'd love people to get my music and experience the healing it brings."