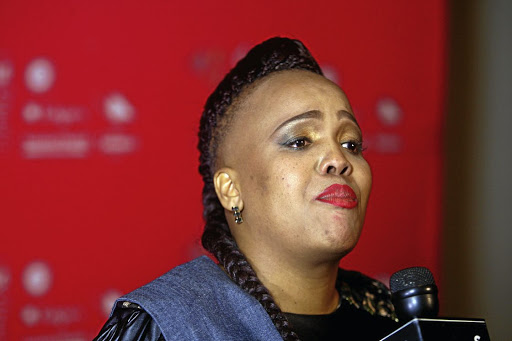 Tumi Morake would like to visit accident victim. / Veli Nhlapo

Comedian Tumi Morake and her husband Mpho Osei-Tutu are planning to visit the victims of an accident they were involved in over the festive season.

The famous couple and their three children were lucky to escape with minor injuries when their Jaguar SUV and a Peugeot were involved in a crash on the R556 towards Sun City resort in North West.

Speaking through their publicist Monica Steyn, the couple said they will be visiting occupants of the other vehicle who were seriously injured.

"Tumi and Mpho's priority after the accident was making sure that their three children were okay, they were all in shock and were treated in hospital," Steyn said.

"Tumi and Mpho did go and see the lady that had been seriously hurt, she was the only person still in hospital when they went through.

"Tumi would like to try and go visit her if she can as she was the most hurt in the accident."

She suffered eight broken ribs and was admitted in ICU at Mediclinic Rustenburg for three days after the accident. All the victims were discharged on Sunday.

'Comedian mum at accident scene and hospital'
Entertainment
4 years ago

Morake spoke for the first time about the accident on her breakfast show on Jacaranda FM yesterday, telling listeners her children were still traumatised by the accident.

The driver of the Peugeot, Nthabiseng Aphane from Mamelodi, east of Pretoria, told Sowetan that she had not yet been contacted by the couple's insurance to repair her car.

Steyn said an accident report was only issued on Monday and the matter was being dealt with.

"As with the norm in accidents, the insurance broker has advised that once details have been exchanged, the logistics around the damages remain between the parties' insurance companies.

"This is not to say that Tumi and Mpho were not, or are still not, concerned about the passengers or saddened about the accident," she said.