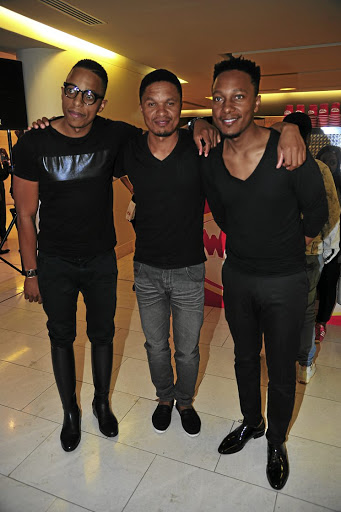 The first Summer Splash Soweto Festival that was staged at Mofolo Park in Soweto over the weekend was hit by serious teething problems.

The two-day event with a powerful line-up was shut down on Sunday due to health and safety reasons. The festival also suffered after many performers failed to arrive because they were not paid.

The shutdown happened before musicians such as Mafikizolo, Donald Moatshe and Samthing Soweto could perform. Moatshe shared the news on Twitter, apologising to fans for not performing.

Three musicians who spoke to Sowetan on condition of anonymity confirmed that they were booked but never received payment.

They said they did not see a reason to go to the venue without receiving payment. "I was booked for the Saturday gig. I did not perform because I was never paid," one artist said.

The Summer Splash Soweto Music is an initiative by music group Kwela Tebza, that is made up of brothers Tshepo, Tebogo and Mpho Lerole.

The event started on Saturday with house and hip-hop musicians like AKA, Riky Rick, Major League, Duma Ntando and Ganyani billed to perform.

Sources said the only major artist to perform on Saturday was Riky Rick. The Sunday gig featured soul and Afro-pop musicians.

According to a source who attended the event, the shutdown came shortly after the security company had an argument with organisers.

After a long wait, the organisers came on stage to announce the abrupt end of the concert. Sources said the only artist who managed to perform on Sunday was Samthing Soweto, though he could not finish his set because revellers were angry.

Spokeswoman for the Johannesburg City Parks and Zoo, Jenny Moodley, said they normally shut down an event if it was not compliant.

"They need [to] get a clearance, especially if they are going to cook and serve food, [and] have a clearance from JMPD about the control of traffic. They also need to have a sound engineer who will control the sound."

Tebogo Lerole said in a statement: "Our lawyer has not responded because the matter is still under investigation, for now I cannot respond."

Stars come out to play at Nubian Music Festival

The picturesque Hartbeespoort Dam and the rugged beauty of the mountains around it made for a scenic setting this weekend as revellers attended the ...
Entertainment
4 years ago
Next Article