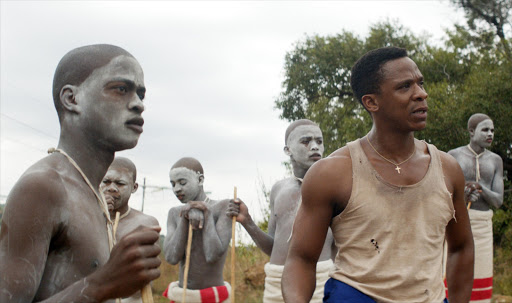 South African film Inxeba (The Wound) has strengthened its chances of winning an Oscar at next year's prestigious ceremony after being shortlisted for a nomination and winning two international awards this week.

Inxeba was named the year’s Best Foreign Film by the African American Film Critics Association this week before walking away with Best Film at the International Queer & Migrant Film Festival in Amsterdam.

The film depicts the story of Kwanda‚ a gay factory worker‚ who travels from the city to the rural area of his family's origin to be circumcised in a traditional rites-of-passage ceremony.

The film made the Oscar's Best Foreign Film top nine shortlist on Thursday‚ taking it one step closer to full Oscar nomination. The list will not be cut down to five nominees by the award's foreign committee‚ to be announced alongside all other Oscar nominations on January 23‚ 2018.

The other films on the shortlist are: A Fantastic Woman (Chile)‚ In the Fade (Germany)‚ On Body and Soul (Hungary)‚ Foxtrot (Israel)‚ The Insult (Lebanon)‚ Loveless (Russia)‚ Félicité (Senegal) and The Square (Sweden).

Speaking to TshisaLIVE in October‚ the film's director John Trengove explained that the film's submission for an Oscar would hopefully inspire filmmakers not to make "crowd-pleasing" films but to take risks.

"We never once thought we’d make a crowd-pleasing film‚ let alone one that would represent South Africa as an Oscar submission. I hope this encourages other local filmmakers to take bigger risks and to try to express something of our uniquely South African experience‚" he said.

Despite scooping dozens of international awards‚ the film has courted controversy among traditionalists back home who questioned the film's portrayal of the Xhosa initiation ceremony.

The cast have also allegedly received homophobic and death threats from critics of the film.