Nom on a mission to conquer the music world 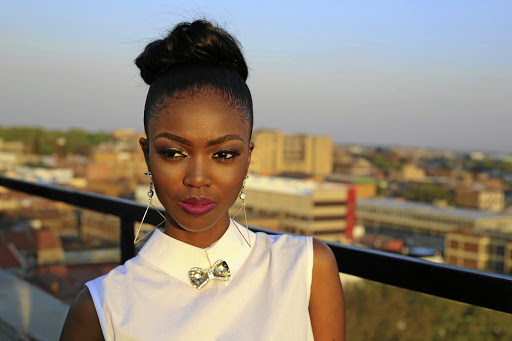 Afro-jazz-soul singer Nomthandazo Mahlangu is a musician on a mission.

Known as Nom in music circles, the singer and songwriter plans to take the world by storm. Born and bred in Pretoria East, the 20-year-old launched her solo career last year with the album Love.

Her debut was produced by Michael Michael, the man who produced Jimmy Dludlu's first offering. It features some big names, including Dludlu, who features in three songs. She has also featured US singer Hasan Green in Chasing Shadows.

"It was an honour to work with such an experienced and respected person like Jimmy Dludlu. He is my mentor and has taken me under his wing. We will be touring KwaZulu-Natal in December," Nom says.

Mahlangu, who has done backing vocals for several artists, says as much as she always wanted a solo career, the opportunity came quickly.

Many musicians struggle to break into the music industry, but it was smooth-sailing for the second-year law student.

"Going solo has been an amazing experience. I am happy that I am doing what I always wanted to do," she says.

Her style is a fusion of jazz and soul with Afro-pop. She plans to release her second album early next year in New York, also featuring Green. The video of her song Yizwa was shot in the Big Apple.

Mahlangu says being in the music industry showed her that singing was not as glamorous as it looked from a distance.

Exhibition driven by traumatic past
Entertainment
4 years ago

She began her music career in 2012 when she worked as a backing vocalist for the duo Bongi and Collin, Lufuno Dagada and Green.

She says music has always been her first love, having grown in a music environment. But unlike many musicians, she never sang in Sunday school or in a school choir.

Her voice was discovered by her neighbour, who heard her singing in the shower.

"She told me my voice was powerful and took me to her church.

"That's how I began singing. I was fortunate that I met people who believed in me."