Aubrey Poo and Khabonina Qubeka team up once again 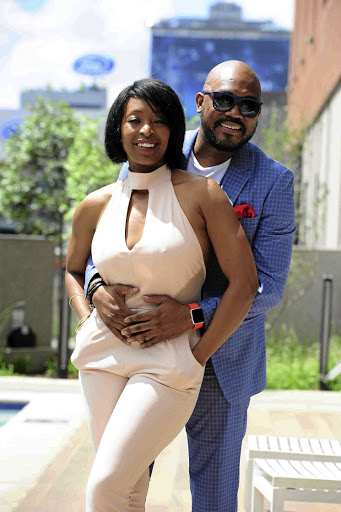 Khabonina Qubeka and Aubrey Poo star in 'She is King', a music drama movie that will soon be released. / Thulani Mbele

The acting duo which has kept TV viewers glued to their screens in shows such as Isidingo and The Wild, will be heating up the big screen with their volatile romance in new local film She is King.

Poo said all it took for him to be in the film was a phone call, after Qubeka recommended him for the role. "I've known Khabonina since 2003 and she has a very interesting energy. She's a very exciting individual to work with.

"We have seen each other's growth in the industry, so there is always that 'come on baby, I want to see us do well'," Poo explained.

"So it was business as usual, but fun as always. The enthusiasm we have towards working together pulled us through."

Qubeka agreed: "Aubrey and I like to play. Our characters go through ups and downs. There is always friction, that love-hate thing.

"He's a generous actor, he likes to give. It was different in the sense that we were able to manipulate and play more because it's a movie - with a soapie you are a bit restricted."

Things can get very confusing in showbiz when two stars share the same moniker. But for actress, dancer and singer Gugu Zulu, sharing a name with the ...
Entertainment
4 years ago

“I feel like I’m courageous, because I am scared a lot of the time. I am doubtful, but I do my best anyway.”
S Mag
4 years ago

Poo also shows that he can hold a note as he sings his heart out in a few scenes.

"I often get colleagues saying I must sing and record, they often get offended when I say 'I'm an actor first, who happens to be able to hold a note'.

"But it will be interesting to see how audiences respond to my singing in the movie. Maybe it's time I isolated my acting and put out a music offering and see what happens.

"I've procrastinated for many years. I'm at a point where I think it's time, or the time might pass."

Thando Thabethe is set to play the lead role in an upcoming international romantic comedy 'Love Lives Here'.
Entertainment
4 years ago
Next Article