Mamello actor Luzuko: I didn't want to be a pamphlet boy forever 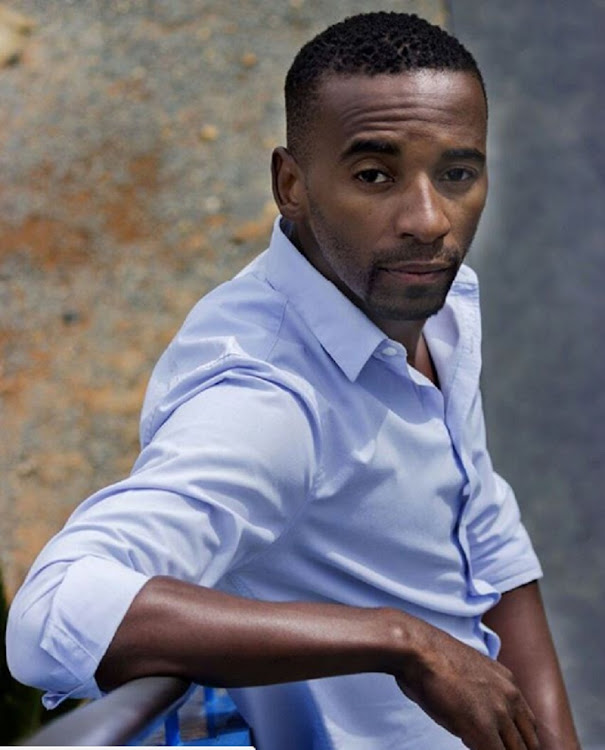 Standing at robots in Johannesburg to give out promo flyers could have discouraged actor Luzuko Nteleko to not follow his dream‚ instead he used the money to hustle harder until he found his way to his acting passion.

Speaking to TshisaLIVE about his come up story‚ Luzuko explained that he was indecisive about what he wanted to do with his life after high school‚ and that it took a few detours for him to find his calling.

“My sister hooked me up with some promotion company where I would give out flyers. I was the pamphlet guy‚ and because I would greet and smile‚ people would always take my flyers. I would get R25 an hour for that‚ but as I continued I realised it wasn’t enough for me to make rent each month. Then decided to move to Johannesburg where I would eventually find what I wanted to do.”

Luzuko left home at 19-years-old after realising he can hustle better if he stayed in Joburg and looking at the other drop-outs in his home town‚ he knew he didn’t want to end up like them.

The 33-year-old has seven siblings (five sisters and two brothers) and said even after dropping out of school‚ he couldn’t stand being unable to help his family‚ but also knew he was destined for bigger things.

“I knew for sure that I didn’t want to be a pamphlet boy forever. So I used the money to pay for lessons at the Windybrow Theatre. And so my journey in acting began there. I knew I loved it and I prayed and said‚ ‘God this is what I want to do for the rest of my life.’“

Luzuko said despite having fallen in love with acting and having started etching his name in the industry‚ he realised that acting wouldn’t be enough to sustain him and his family.

The actor said he now owns an events company and eventually went to school to learn how to DJ‚ so that he could stop outsourcing when he’s hosting events.

“I love acting and I can’t see myself doing anything else. I don’t know anything else either‚other than handing out flyers and acting. I used to be offended back in the day when people would ask me‚ ‘so‚ what else do you do beside acting?’ But I realised that I had to be realistic. Acting is an amazing art‚ but it is not as profitable as it is in America. So I had to teach myself to create other revenue streams.”

TV star Leleti Khumalo is leaving the SABC's most popular TV drama series Uzalo.Khumalo, who plays the role of MaNzuza, has been with the soapie ...
Entertainment
4 years ago

After years entertaining fans on Mzansi Magic soapie Isibaya, Zakhele Mabasa has finally landed centre-stage in a big commercial.Skhaleni, who ...
Entertainment
4 years ago

Skeem Saam actress Amanda Manku has taken to social media to reveal the wonderful news that she is pregnant with her first child.Renowned for plating ...
Entertainment
4 years ago

Another Muvhango staffer bust for graft

Another former Muvhango employee has been arrested for allegedly defrauding the popular SABC2 soapie of about R2-million.The former employee, who at ...
Entertainment
4 years ago

Nicholas Nkuna clears the air on his Skeem Saam future

Actor Nicholas Nkuna has rubbished suggestions that he has left popular SABC 1 soapie Skeem Saam‚ telling fans that he may soon return.Nicholas’ ...
Entertainment
4 years ago

Sindi Dlathu shares a glimpse of her plans post Muvhango

After 20 years on Muvhango‚ Sindi Dlathu’s exit from the popular soapie shocked many‚ but the actress has revealed this isn’t the end of the road for ...
Entertainment
4 years ago
Next Article