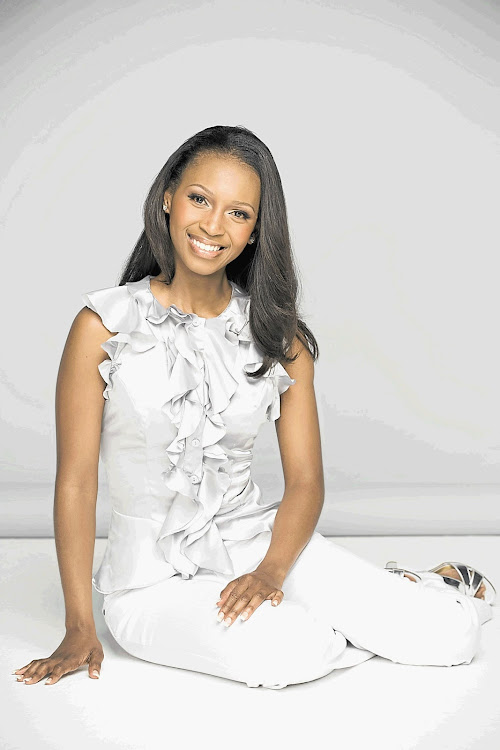 TV actress Katlego Danke may be one of the most family-focused celebs in South Africa but she is not about to bow to pressure to add to her brood anytime soon.

Speaking to TshisaLIVE at the launch of E! Entertainment’s How Do I Look SA Katlego said that she loved being a mother but was planning to enjoy the time she had with her three-year-old son before having another child.

“I am good for now. The energy is too much to deal with‚ coming from one‚ so I think we will take it slowly‚” she told TshisaLIVE.

The former Generation actress gave birth to a baby boy in 2014 and said she was amazed at how active and bubbly he was.

“He’s amazing. He has a lot of energy but that is par for the course. He has grown so fast‚” she said with a laugh.

After taking a break from the industry to spend time with her son after his birth‚ Katlego slowly returned to screens‚ first as a host on the live Lotto draw and then with a role on SABC 3 soapie Isidingo.

Katlego said that she was still trying to balance being a mom and actress‚ and often figured it out as she went along.

The star is extremely private‚ leading to some suggesting that she was cold and unapproachable. However‚ the star moved quickly to dismiss this misconception.

“People may think that I am aloof or cold but the thing is‚ I tend to be quiet. When I don’t know people‚ I tend to be a little withdrawn and wait for people to come to me. So‚ I am not so bubbly until I get to know you‚ and then it is all systems go‚” she added.

Vusi Nova: People in the industry are doing their best to keep others out

Vusi Nova claims that people in the industry are doing their best to make sure that young artists do not get the opportunity to shine.
Entertainment
4 years ago

Single Galz heading back to screen after 3 year break

Ayanda Thabethe couldn’t always afford the designer clothes she now wears and reflected on how she managed to build her style identity on a low ...
Entertainment
4 years ago

Two of the most provocative stars in the country stole the 2017 Feather Awards.
Entertainment
4 years ago
Next Article