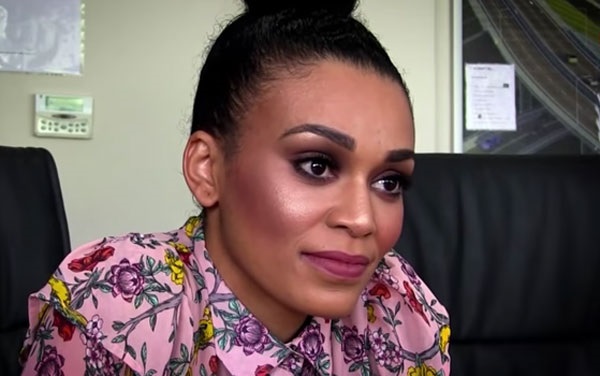 Pearl Thusi has once again found herself as in the midst of a social media storm after she got into a heated argument with a social media user that left followers in shock.

It all began when one follower apparently suggested that Pearl was both rude and vulgar. Pearl responded by insulting her critic's mother‚ sparking a heated feud between the two.

If you're blocked and don't know why Pearl Thusi and Dusty are trending... 😂 😁 [I'm not laughing]

@dus_tee_ yes. You still have a mom. I don’t. But as for you - how good is it to have one if she’s raising trash? Shame man.

@dus_tee - focus on your hair line babe. Stop braiding so tight. My mom is more alive than your hairline right now. Jeez.

Pearl‚ who has clapped back at critics several times before by insulting their mothers‚ then took to Twitter to issue a stern warning to her haters not to take her on.

The pair's feud went viral‚ and soon saw both accounts trending on Twitter as users reacted to the drama with hilarious memes and jokes.

Dear Pearl Thusi our mothers are not on Twitter so stop involving them and your someone's mother so you should leave Twitter as well pic.twitter.com/zvzfy7q162

Badmouthing someone's mother as a form of clapback is so 19 voetsek. 🙄 pic.twitter.com/ZA0DRRmcQ5

I don't see anything wrong with what Pearl Thusi said. uNyoko is not vulgar. Isizulu ke leso. Go ask real Zulus not these ones from Gauteng pic.twitter.com/8ivCerW6fq

As previously reported, Robert Marawa’s relationship with Pearl Thusi has been under strain for months now. Sources close to the couple said the pair ...
Entertainment
4 years ago
Next Article