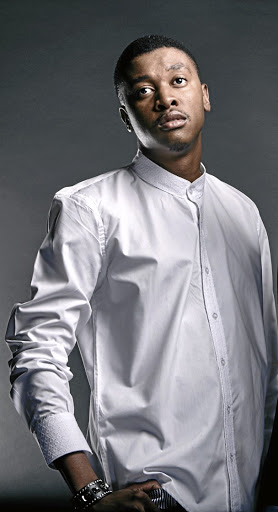 Hit of the moment O e Batla Kae? has taken the local industry by storm, and that's thanks to DJ De Mogul.

The club banger was released in July and has done wonders while launching the profile of the singer. O e Batla Kae? has been on high rotation for months on different radio stations, even cheekily entering our national lexicon.

"The response to the song has been overwhelming and honestly I never expected it," says the man who was born Tshepo Rangaka in Mahikeng, North West.

He says the song that was initially released as a free download was inspired by his love for partying and making people dance. He worked on the production of the song with his friend Ezra Kgosi and featured Ms Mo and Makhensa.

"I started toying around with the idea of working with my friend and the next thing the song came together.

"O e batla Kae? is a party song and its interpretation depends on your mood or situation. Others say they want beer ko mokokotlong [on the back]."

The track with spicy lyrics "o e batla kae? (where do you want it), ko mokokotlong", has become a national anthem, no doubt. There have been several spin-offs and spoofs of the song by other singers and choirs.

"People are allowed to interpret the song the way they want. I find the church version funny and I also love it."

The release of the song has opened doors for the singer and scored him many gigs. Rangaka says sometimes he performs five gigs in one night.

"I have been in demand and I thank God for that. I get bookings all over the country. It gets hectic at times that my body cannot take it."

Like many DJs and producers, his career started underground.

Now that he is working on his debut album, Rangaka is under pressure to prove that he is no one-hit wonder.

"I have started working on the album and I am making sure that the standard is high."