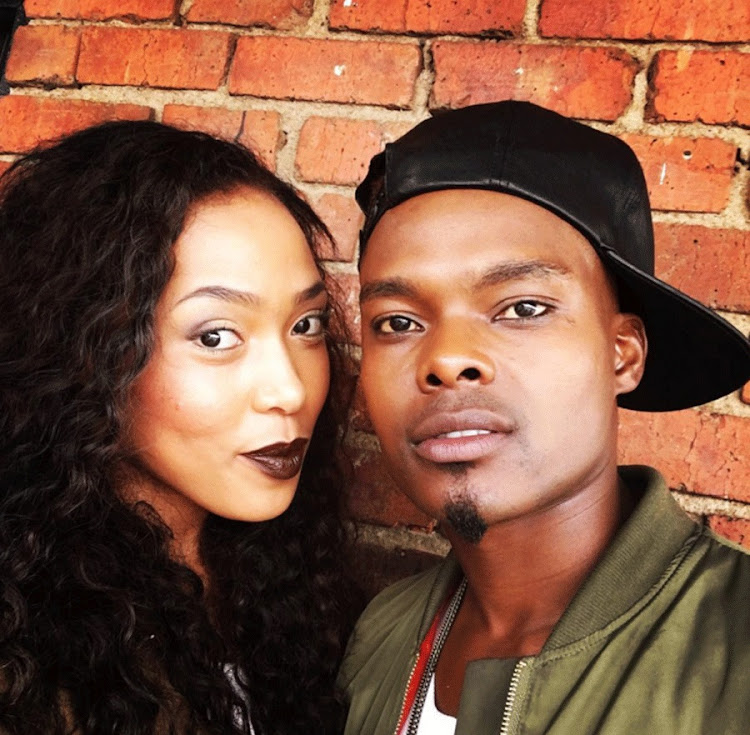 It's been three months since actress‚ Simphiwe Ngema's husband‚ Dumi Masilela was killed in an attempted hijacking and the widow is still trying to pick up the pieces of her life while battling trauma‚ grief and denial.

Simz took to social media on Friday morning to share her grief with followers‚ explaining that the last three months have been filled with intense emotions.

"It's been three months since I lost my husband. Three months of sleepless nights‚ trauma‚ anxiety attacks‚ crying uncontrollably‚ anger‚ excruciating pain‚ loneliness‚ denial‚ bargaining and a lot of unanswered questions that leave me paralysed with fear‚" she wrote.

Simphiwe Ngema finds some happiness in the midst of her sorrow

Simphiwe Ngema finds some happiness on the beach after the death of husband Dumi Masilela. "Happiness is something you have to be vigilant of, ...
Pic of The Day
4 years ago

She said that some days felt like she was not getting better‚ and that she has decided to take it one moment at a time.

"Some days feel like I haven't moved or feel like it's not getting better. I've just learnt to take it one breathe at a time. I don't know what tomorrow holds‚ I still don't know what God's plan is and the thought of a future without 'our future' still makes me anxious‚ all I can do is trust God. He is all I know. I am holding onto him with broken hands but still holding on nonetheless‚" she added.

Simz has often used her social media pages to open up about her struggles after Dumi's death on August 3‚ once sharing that all she wanted for her birthday was to hear Dumi say she was gold‚ because she was burning with grief.

The pair celebrated their traditional wedding several months ago.

Dumi‚ who played the role of Sifiso Ngema on e.tv's Rhythm City‚ had been visiting a friend in Tembisa when a black Jeep approached their vehicle. They tried to flee but the Jeep gave chase and the occupants opened fire. He later died in hospital.

Simz Ngema looks back at the happy times with Dumi

Even though Simz Ngema misses Dumi Masilela every moment of every day‚ she’s shown incredible strength in focusing on the happy times they ...
Entertainment
4 years ago

Family‚ friends‚ fans and colleagues united in mourning at the Hope Restoration Church in Kempton Park on Joburg’s East Rand on Wednesday as the life ...
Entertainment
4 years ago

Actress Simphiwe Ngema wiped tears from her face after a listening to a song of tribute for her late husband‚ Dumi Masilela. The Hope Restoration ...
Entertainment
4 years ago

Simphiwe Ngema: Nothing prepares you for being a 27-year-old widow

Simphiwe Ngema took to the stage at the Hope Restoration Church in Kempton Park on Joburg’s East Rand to lead the crowd in a song of prayer. After ...
Entertainment
4 years ago
Next Article