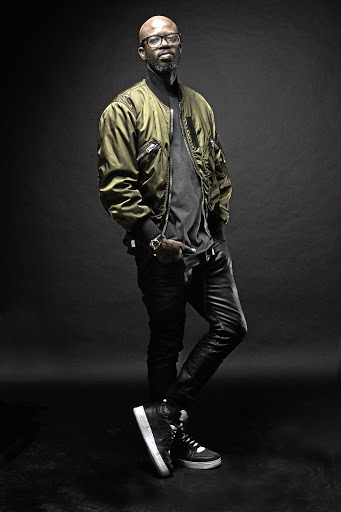 Black Coffee says more needs to be done for local musicians to be able to achieve international recognition.
Image: SUPPLIED

He boasts a decorated international music career, but DJ Black Coffee insists that he has not arrived yet.

This year has seen the man, whose real name is Nkosinathi Maphumulo, living through his Golden Age - you name it, he has done it. From rubbing shoulders with P Diddy in Miami, to his history-making win at the BET Awards in LA and securing the hottest club residency of the summer in Ibiza.

Even the fashion world has fallen for his irresistible charm. On Sunday, he will be honoured with Most Stylish Performing Artist in Music at the 21st SA Style Awards.

"I haven't arrived. I think I will say 'I have arrived' the day that the South African music industry creates its own platform of music that is free and independent of any multinationals.

"When we have our own platform - like iTunes - that, if I have a new song today, I know where to put it and it can make me money. By 'me', I'm referring to anyone who is a musician.

"Winning the BET Award was cool. But I feel like we are still very much segregated. There is an African category where we are nominated against each other. You go to the event the African award is handed out on a special day and not at the main event.

"I guess it's the foot in the door, as we go forward hopefully we can be recognised as people who are contributing to music worldwide."

After landing a four months residency from June until September at HI Club in Ibiza, DJ Black Coffee will play his final set this weekend. His recent ...
S Mag
4 years ago

In January, the doting father of three and his wife Enhle Mbali, had a star-studded white wedding that positioned them as a power couple.

A few seconds before we sit down for our chat he quickly informs his wife: "I'm hungry, I think we should get Chicken Licken after this."

"It's the end of the month," she replies. "We are going to be there for hours, like how we were stuck in traffic on our way here. They have some pap in the back."

On the night, the Broken Vows actress is supporting her husband at the launch of his latest collaboration with deodorant brand AXE at nightclub Zone 6 Venue, in Soweto. A day before, the roles were reversed as she strutted her stuff on the runway during the Ryan Keys show at SA Fashion Week.

The 41-year-old artist is protective of his family. At home, he is no celebrity.

"At home there is no Black Coffee. You will never walk in and find a poster of myself on the wall. We have pictures on the wall of the entire family, equally so.

"Only today I spoke to the interior designer we are working with that in my studio I'm going to put up a picture. It's the first time. I want it as wallpaper.

"The awards have been clumsily sitting everywhere. The same room where I'm going to put up the wallpaper, that's where they are going to go."

Black Coffee cites his Ibiza residency as his biggest accomplishment this year.

Black Coffee has revealed that he is currently working on a song for Rihanna.
Shwashwi
4 years ago

For 18 weeks on Saturday nights, between June 3 and September 30, the house maestro united crowds on the White Isle by offering a unique nightclub experience in the newest party spot Hi Ibiza.

"I have spent the past three years working on the island, doing different parties," he says. "When we got the offer, we were very afraid because we felt that we were new to the island. It was so amazing to see it become that strong in the first year. We did so well every night and we were fully selling out VIP."

In March, he contributed a beat on the song Get It Together from Canadian rapper Drake's album More Life. Last year, he collaborated with Alicia Keys on the remix of In Common. So who is next?

"There is nothing confirmed, so I can't really mention names. I'm working with a couple of big names," he divulges.

"When you are working with an international artist nothing is confirmed if the song is going to be on the album. You are not allowed to talk about it even though the contracts are signed.

"For example, when we did the Drake thing, we were not allowed to tell anyone until they did."