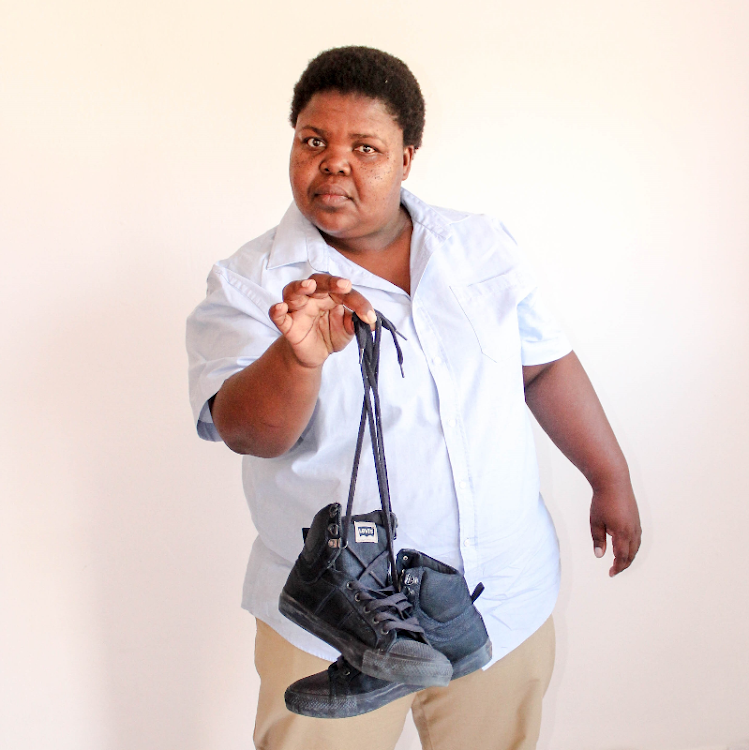 Khanyisa Bunu wants to use comedy to teach about bullying in schools. Image Supplied

Comedian and former teacher‚ Khanyisa Bunu has learnt through personal experiences that there is a big difference between joking and bullying‚ and hopes to teach others the difference through laughter.

2017 has been more than Khanyisa could have ever hoped for as a comedian- turned- actress and while she's living her dream‚ she told TshisaLIVE that she won't let an opportunity to slam bullying go to waste.

"I've always been a "joker"‚ like always finding the lighter side of things in everything; school‚ life everything. I used to make jokes even back in primary‚ as many (kids) do but I wasn't a bully. Bullying is (serious)‚ I was bullied. There was just this particular boy who would just pick at me. It wasn't funny‚ it was too traumatising."

The comedian said she didn't enjoy school until her bully dropped out and has never taken for granted the peace she felt after he left.

Even though Khanyisa wouldn't go back to teaching in a "formal" environment she has abandoned it.

She said that another quality to a great teacher is being a great learner‚ something that she did when she opened for Trevor Noah earlier this year.

It has been confirmed that Trevor Noah has signed a deal with M-Net for a new TV show that will be aired in 2018. The 13-part series aims to ...
Entertainment
4 years ago

"The experience was unbelievable. I appreciated the opportunity to ask him questions and to learn from him. Watching him in action was amazing‚ I love how he appeals to different people and how he nails all the different accents‚" she said.

Khanyisa‚ who resigned from her teaching profession to pursue her dream of storytelling‚ has etched her name alongside those of great comedians and now wants to conquer the television and film scene. So far she's slayed as Nobuhle on the SABC 1 sitcom Ses'Top La.

The comedian said one of the things that set her apart as a comedian is her ability to localise her jokes and to tailor make experiences for her audience. She will be bringing her A-game at the upcoming Kings & Queens of Comedy show.

The show features other local comedians such as Tumi Morake‚ Loyiso Gola‚ Joey Rasdien among others.

What was meant to be a moment of triumph for plus size fashion at SA Fashion Week (SAFW) has turned out be a sordid episode of abuse and ridicule for ...
Entertainment
3 years ago

Rapper Riky Rick has become a firm fan favourite as mentor on music reality show Vodacom NXT LVL and told TshisaLIVE he has groomed young talent on ...
Entertainment
3 years ago

Idols SA winner Karabo Mogane says all that glitters is not gold.He opened up about how he dealt with rejection from the crowd during his Unplugged ...
Entertainment
3 years ago

Khanyi Mbau: We are a broken society

On Wednesday night Khanyi Mbau’s new 13-part reality series made its debut on BET Africa and the media were invited to a exclusive pre-screening in ...
Entertainment
3 years ago
Next Article