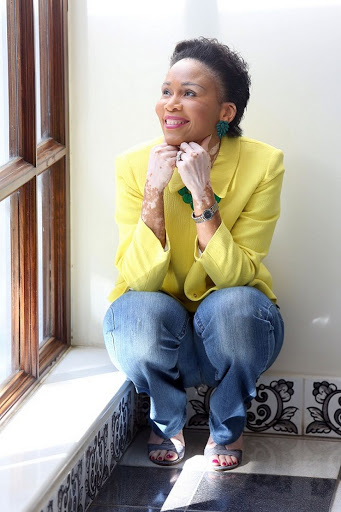 Khumalo, who plays the role of MaNzuza, has been with the soapie since its inception, and won't stick around for the fourth season.

Khumalo will be joined by Sihle Ndaba, who plays the role of Smangele, Mastermind's sister, at the exit door.

Khumalo explains in a statement : "I am grateful for the opportunity and the platform the show provided for me to bond with the viewers and my fans.

"Whilst this has not been an easy decision for me as an artist, it is time for me to move on and grow professionally in other areas."

Pepsi Pokane of Stained Glass, the company that produces Uzalo, says: "Leleti and Sihle have been such an incredible part of the Uzalo story and journey.

"They will always be part of the family. It has been a joy to work with them, and alongside the SABC we created the platform where they were able to showcase their talent so captivatingly."

Pokane further explains that parting with actors of such calibre was a bittersweet feeling.

He adds that he had no doubt that they will continue to work their magic on their new adventures that they are embarking on.

Pokane says Season 4 of Uzalo will start in February 2018, and will continue to deliver an exciting storyline that audiences have come to expect from the award-winning drama.

"True to tradition, Uzalo will be introducing some fresh faces, as well as some audience favourites to the cast.

"We have a clear stance where our on-screen talent is concerned," says Pokane.