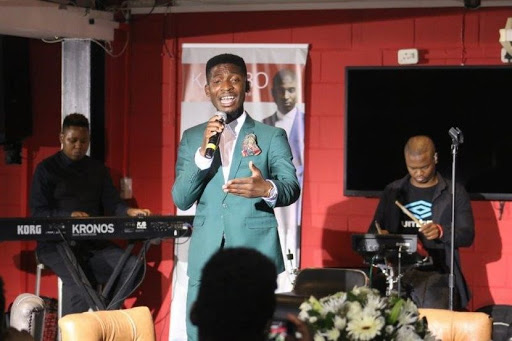 Idols SA winner Karabo Mogane says all that glitters is not gold.

He opened up about how he dealt with rejection from the crowd during his Unplugged exclusive session at Club Neh in Alexandra on Wednesday night.

He admitted that when he saw what people were saying on social media about his music video Ngifuna Lo he was crushed. "I prayed. During that time, I realised and learned that not everybody is going to like you or be happy for your success. I eventually took the criticisms as a lesson and, four weeks later, I was over it," he said.

He said he was on the verge of giving up when he was not receiving bookings for gigs.

He said the tough time in his life made him doubt his talent when the crowd that used to love him so much at the competition were not showing up at his music tours.

"I kept asking myself what went wrong? I went to a 700-seater venue in Nelspruit but only 300 seats were filled. That hurt my feelings, I was not receiving the love I thought I would receive."

However, he said the support from his family, sponsors and industry friends kept him going.

He recorded his album at Universal studios and says he is excitedly looking forward to a brand new season. He will also be an afternoon radio show host at UJ FM next month.

"Getting the [radio] show proved to me that things happen in seasons and for a reason. I have been praying for my breakthrough and this is part of it."

The show, also titled Matters of the Heart, will be a Sunday afternoon love show. Just like his album, Karabo says the show will tackle everything about love.

"It is going to be love, love and more love," he says.