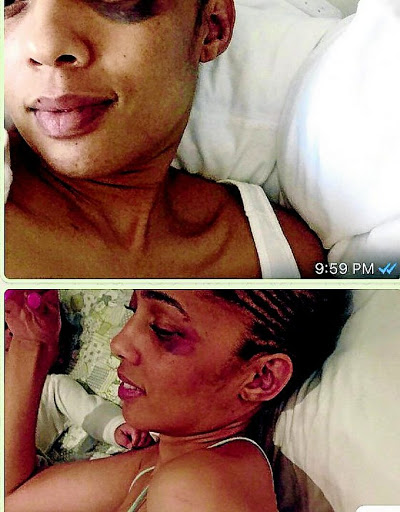 Sibahle Dlamini, the woman who has accused kwaito star Mdu Masilela of assault, has gone to ground after news of their altercation broke yesterday.

Images of her injuries, including a blue eye, circulated on social media yesterday, while Dlamini chose to remain mum.

They were first shared by a friend identified as actress Mbali Ngiba whose profile said she acted in popular dramas Isibaya, Uzalo and Greed & Desire.

When called for comment Ngiba said she was not married to Masilela and had never dated him, before hanging up.

Dlamini, a mother of three, works for the SABC and her close friends, who spoke on condition of anonymity, said they were shocked at how she suffered.

They said Masilela spent a lot of time with Dlamini and had planned to marry her - something Masilela vehemently denied.

The kwaito icon turned himself in to police on Monday after Dlamini laid a charge of assault.

Yesterday, Masilela said he was remorseful and sent his apology to women in general.

He blamed "poor judg ment" for his actions .

He is out on R500 bail and returns to Hillbrow Magistrate's Court next month.