Morwesi is back to praise God again 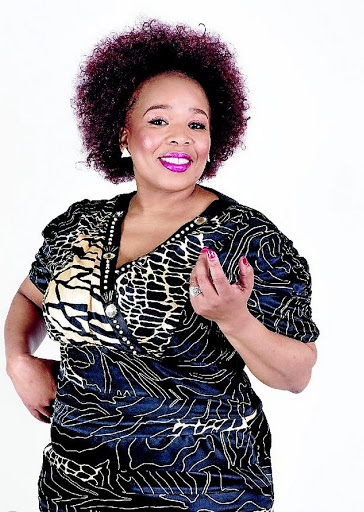 Gospel singer Morwesi Sebiloane has come out of hibernation after two years.

Sebiloane, who was born in Thabong, Welkom, and grew up in Virginia - both in Free State - makes a return with a powerful single titled Remember Me, hoping to inspire her fans.

She says the song is about seeking God's intervention.

As someone who has been through a lot, she is singing it with conviction. "This song is dedicated to everyone who has been waiting for God to intervene in their life, they need to be patient because He is never late," she says.

"I am talking from experience because I waited for 10 years to have a child in my marriage. Today I have two beautiful kids."

Her music is mostly her testimonies.

"I sing about victory and life. I know somewhere out there, someone has been through the same experience."

Sebiloane, who left a well-paying management position at the Free State government to heed to a music calling, is happy that she is doing what she loves. She was working as a civil servant for 10 years when she felt the emptiness.

"I realised that I was not happy until I began singing again. Music makes me happy, especially when people are touched by my music."

She returned in 2008, and released her debut album in 2013 titled New Season.

A few months later, she and her husband established their own music label, Zar Bubele Music Group, which has since taken over Cool Spot Recording Company.

Her second and live album, Another Level, was released in 2014 and won her the Best Gospel Artist Award in 2015 at the Golden Bean Free State Music Awards.