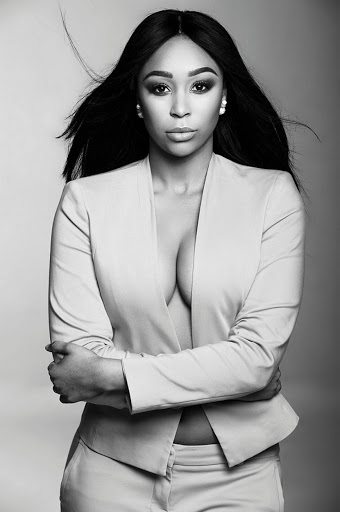 Minnie Dlamini may have burst onto the scene with a stint on SABC 1’s Live Amp‚ but her time on the show almost caused her to breakdown‚ and return home over the criticism she got.

Opening up to Thando Thabethe on 5FM this week‚ Minnie said that during the first few months of her time on the show‚ she battled insecurities and criticism over a number of things‚ including her weight.

I was being criticised every week for something I had just started doing. People didn’t realise that presenting was not something I had been doing for a long time. I was getting a lot of hate and a lot of criticism that I wasn’t able to translate into a positive. It was difficult for me‚” she said.

Minnie said she called her mom to tell her she wanted to go back home.

“The toughest time was a month or two months into Live‚ calling my mother and telling her ‘I can’t do this and I wanted to come home. This is not what I want‚ this is not what I thought it would be. I’m miserable and I want to come home. I remember my mother said: ‘You can’t come home because you will be an expense to me. You left my house‚ you got a job‚ you are not coming back. You need to suck it up and stick it out and do what you need to do until you are in a position to move on to something else‚” Minnie said.

Despite the challenges Minnie put her head down and soon became a firm favourite on the show. She said that she knew she had to eventually move from Live because she would always be second fiddle to her co-hosts Bonang Matheba and Sizwe Dhlomo.

“The thing is that I worked with two of the best presenters at the time‚ and nobody can deny that and I learnt so much from them. It was also just the reality of knowing that as long as I was on the show with both Sizwe and Bonang‚ I was never going to be more than number two or number three. I was never going to be more than that. That realisation came once I felt that I had learnt a lot about the ins and outs of production‚” she added.

Minnie has since embraced her flaws and in a social media post in April opened up about a period of her life when she was miserable‚ depressed and losing weight at an alarming rate.

She said that she never wanted to be that skinny again‚ and learnt to appreciate the good.

This picture reminds of such a sad time. I was miserable, depressed, and losing weight like it was carbon dioxide. I still got up and went to work and continued my hustle, no amount of pain was going to stop me from achieving my goals. So I worked harder and smarter. I gave myself moments to cry and moments to fake happiness, until I was finally happy again. I NEVER want to be this skinny again    PS. I honestly believe we go through shit so we can fully appreciate the good ❤

28.1k Likes, 503 Comments - Minnie (@minniedlamini) on Instagram: "This picture reminds of such a sad time. I was miserable, depressed, and losing weight like it was..."